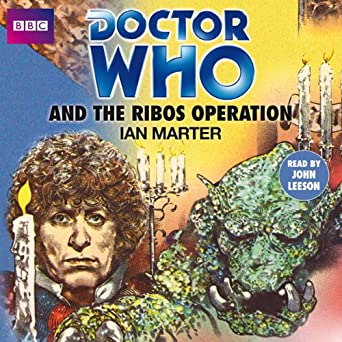 The sixth series of British science fiction television programme Doctor Who was shown in two parts. The first seven episodes were broadcast from April to June 2011, beginning with “The Impossible Astronaut” and ending with mid-series finale “A Good Man Goes to War”. The final six episodes aired from August to October, beginning with “Let’s Kill Hitler” and ending with “The Wedding of River Song”. The main series was preceded by “A Christmas Carol”, the 2010 Christmas special. The series was led by head writer and executive producer Steven Moffat, alongside executive producers Beth Willis and Piers Wenger. Sanne Wohlenberg, Marcus Wilson, and Denise Paul served as producers. The series was the sixth to air following the programme’s revival in 2005 after the classic era aired between 1963 and 1989, and is the thirty-second season overall.

The series stars Matt Smith as the eleventh incarnation of the Doctor, an alien Time Lord who travels through time and space in his TARDIS, a spacecraft whose exterior resembles a British police box. It also stars Karen Gillan and Arthur Darvill as his companions, newlyweds Amy Pond and Rory Williams. Alex Kingston also returns as River Song, a mysterious woman from the Doctor’s future who is revealed throughout the series to be Amy and Rory’s part-Time Lord daughter and the Doctor’s wife. In addition to Song, the series continues story threads from the fifth series, most notably the Silence, the cause of the TARDIS exploding in “The Pandorica Opens” / “The Big Bang”.

Reluctantly cancelling his well-earned holiday, the Doctor sets off in the TARDIS to trace and re-assemble the six segments of the Key to Time on which the stability of the entire Universe depends. Assisted by the argumentative Romanadvoratrelundar and K9, he lands on the planet Ribos in search of the first segment and finds himself entangled in the machinations of two sinister strangers, Garron and the Graff Vynda Ka. Who are they? Is Garron simply a shady confidence-trickster dealing in interplanetary real estate? Is the Graff Vynda Ka just a power-crazed exile bent on revenge? Or are they both really agents of the Black Guardian, intent upon seizing the precious Key in order to throw the Universe into eternal chaos? Risking his life within the monster-infested catacombs of Ribos, the Doctor has to use all his wit and ingenuity to find out…

An exciting unabridged reading, with music and sound effects, and this novelisation of a classic Doctor Who adventure, first published by Target Books in 1979.