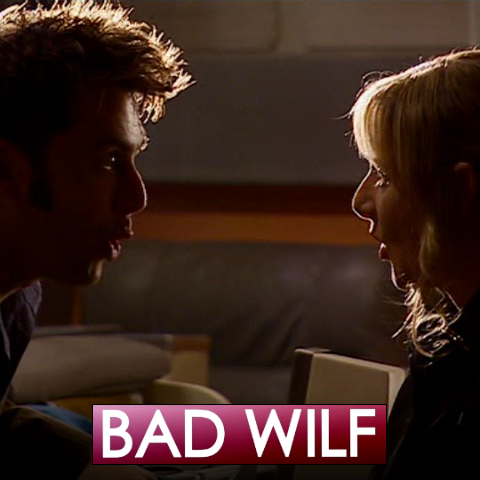 Professor Dave and Lilibet from Professor Dave’s Ark in Space stop by Bad Wilf Towers for some Midnight Cawfee. The four of us discuss the Doctor Who episode ‘Midnight’.

“Midnight” is the tenth episode of the fourth series of the British science fiction television series Doctor Who. It was originally broadcast on BBC One on 14 June 2008.

The episode is principally set on board a small touring vehicle, which stops in the middle of a tour on the hostile surface of the planet Midnight and has its cockpit destroyed with its driver and mechanic. The unseen assailant is depicted only through sound effects and its possession of one of the vehicle’s passengers, Sky Silvestry (Lesley Sharp), who repeats the words of the other passengers on board.

The episode placed much more emphasis on the role of David Tennant as the Tenth Doctor than in the rest of the fourth series, with the Doctor’s companion, Donna Noble (played by Catherine Tate) playing only a minimal role. For this reason, Stephen James Walker has described this episode in his book Monsters Within as being “companion-lite”.