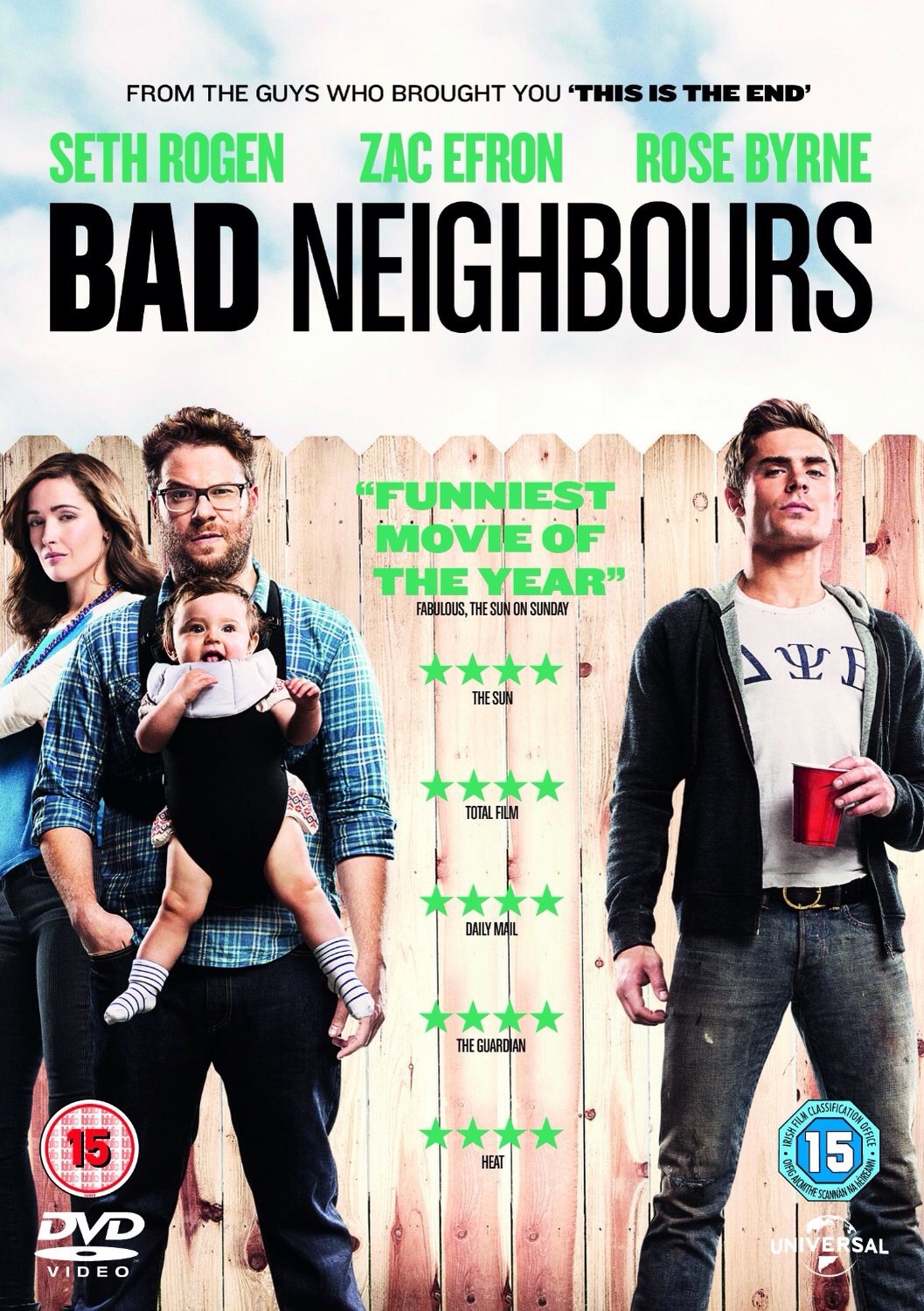 It was called Neighbors in the US, but re-titled ‘Bad Neighbours’ over here, so that we didn’t get confused and think we were seeing a big budget version of the Aussie soap.

The film really should have been re-titled ‘Bad Parents’.
The parents in this often abandon their infant for long periods of time. The parents in this case are Mac (Seth Rogen) and Kelly Radner (Rose Byrne) a married couple who have just bought their first house and are settled in to a quiet life with their baby. Quiet that is until the college fraternity, Delta Psi Beta moves in next door.

The couple and the college kids initially hit it off, Mac and Kelly leave their daughter home alone and join the kids for a night of alcohol and drugs.
But, one night the party gets too loud and Mac calls the police and that’s when the problems start.
The chapter president Teddy Sanders (Zac Efron) is angry, as the couple promised they would always go to him if the party was “too loud”.

Both parties act immaturely and try to out prank each other.
Mac and Kelly soon turn to Mac’s work friend Jimmy (Ike Barinholtz) and Jimmy’s ex-wife Paula (Carla Gallo) in order to help exact revenge on the frat house.

The film will never join classic college comedies like Animal House, or old school.
But, it is a fun and enjoyable script from first time writers Andrew Jay Cohen and Brendan O’Brien.

Bad Neighbours is just the ride side of enjoyable. There are some laugh out loud moments and it’s running time is 90 minutes which is perfect for a comedy like this.

Bad Neighbours is out on DVD September 8th.