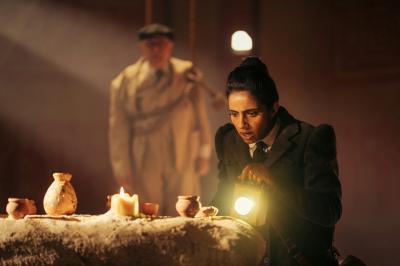 Here’s a subject nobody ever gets bored of hearing. Doctor Who’s overnight viewing stats.

Doctor Who Survivors of the Flux was watched by 3.82 million viewers, according to unofficial overnight figures.

The figure is a slight increase from last week’s episode, The Village of Angels, which received an overnight of 3.45 million in the overnights. The seven-day consolidated figure, which includes all those who watched the episode within one week for chapter four was 4.55 million. This is the lowest seven-day consolidated rating since the series returned in 2005.

What do these figures mean? Absolutely nothing. The way we consume our media has changed dramatically over the past decade. We’re no longer beholden to broadcast times, people time-shift and record it. Others watch on iPlayer. My kids for example have absolutely no idea what day their favourite TV shows airs, having to watch it “live” would seem like a bizarre concept to them. However, they know exactly how to access the shows they like via streaming services.

Although the figures seem low in a traditional sense, Doctor Who is still performing strongly. It was the 8th most-viewed programme on BBC Television for the week and the 21st most-watched across all British television.