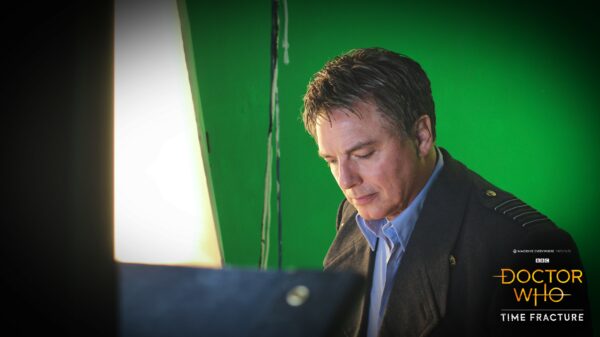 The creators of Doctor Who: Time Fracture have made the decision to no longer include John Barrowman’s Captain Jack Harkness, as part of their immersive experience premiering in London later this month. Barrowman had filmed the cameo a couple of weeks ago.

This decision comes after The Guardian broke news about allegations surrounding Noel Clarke. After the article was published, social media users started sharing videos of Barrowman’s former castmates talking about his on-set antics.

“Immersive Everywhere has taken the decision to remove this pre-record from Doctor Who: Time Fracture. We will continue to include content that pays tribute to this brilliant show that is Torchwood so as not to disappoint its fans, and are working on an exciting storyline to be announced soon.”

After he was contacted by The Guardian journalists, Barrowman said:

“With the benefit of hindsight, I understand that upset may have been caused by my exuberant behaviour and I have apologised for this previously. Since my apology in November 2008, my understanding and behaviour have also changed.”

Doctor Who: Time Fracture opens 26 May. Tickets are available for pre-order here.