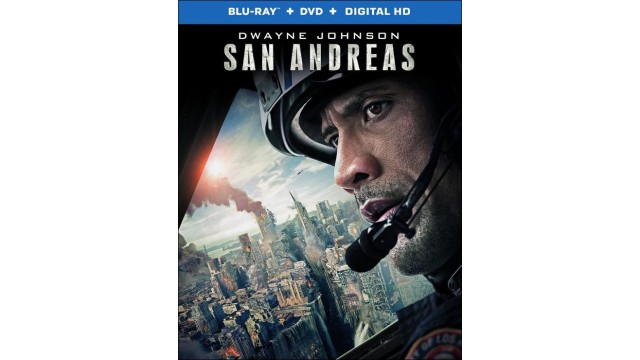 San Andreas is the latest big-budget-natural-disaster-summer-movie-epic.

California is suffering from the largest earthquakes in history and the only person that can save mankind is The Rock, in a little boat.

Ray (Dwayne “The Rock” Johnson) is a helicopter rescue pilot, forced to abandon his mission in order to save his daughter.

Technically speaking, San Andreas is an impressive achievement. It realistically depicts various well-known Los Angeles and San Francisco landmarks, crumbling to the ground in the wake of destruction.

What prevents this from being an enjoyable film is that the screenplay takes itself too seriously, whist using cheesy clitches. It wastes the talent of Paul Giamatti, whose character only exists to provide exposition.

The film also squanderes the action-hero charisma Johnson presented in the fast and furious franchise. Had this been a film about a rouge helicopter pilot saving the people of San Andreas, this could have been an enjoyable popcorn movie. Instead it shifts all its focus on one family and never feels more than a big budget SyFy movie.
This website uses cookies to improve your experience. We'll assume you're ok with this, but you can opt-out if you wish.Accept Read More
Privacy & Cookies Policy