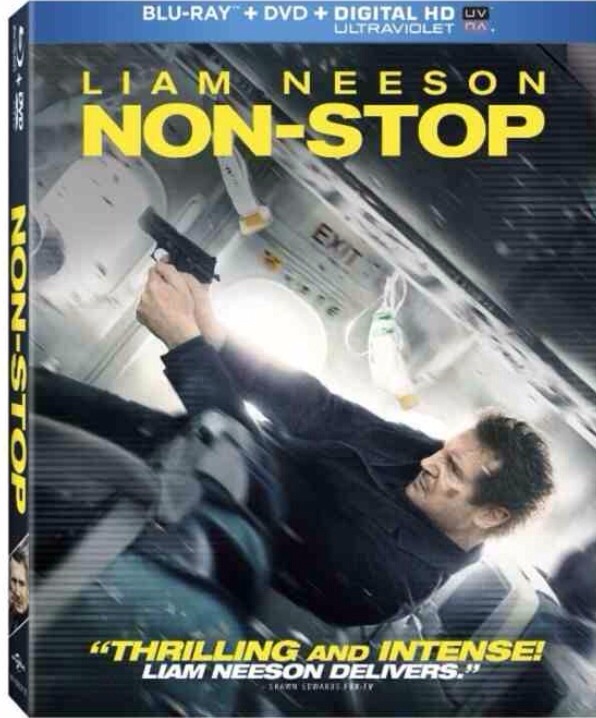 Liam Neeson, is playing the same type of role his played since Taken. This time he’s Bill Marks, a former NYPD officer turned Air Marshal. He’s on a trans-Atlantic flight when he receives a text message from a passenger, demanding $150 million be wired to his account or he’ll kill one passenger every thirty-minutes.

The problem is that it tries to be something it isn’t. It has one too many scenes that border on ludicrous, and the terrorists plan doesn’t really make sense.
Non-Stop is a flawed but fun action movie.

The blu ray comes with two special features “Non-Stop Action” (5 minutes and “Suspense at 40,000 Feet” (8 minutes). Neither feature really adds anything to the film.

Non-Stop arrives on DVD and Blu ray on June 30th.