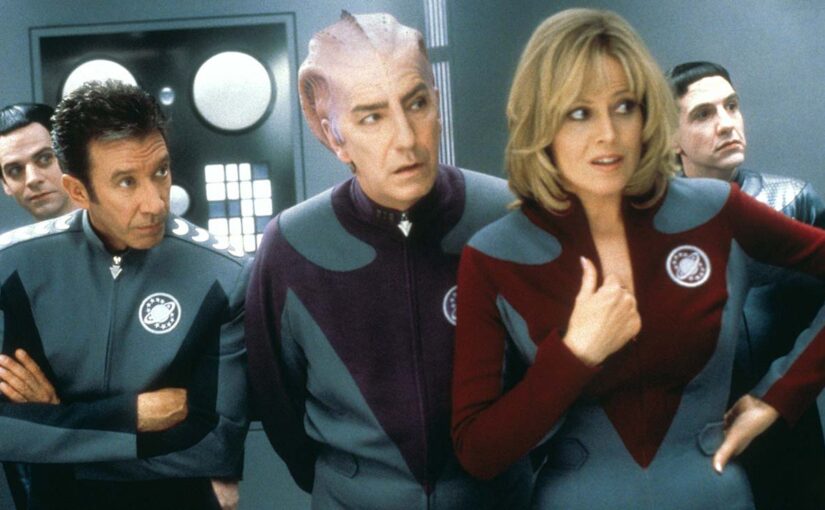 On the latest episode of his podcast ‘Life is short with Justin Long‘. He told his guest, Impractical Joker, Joe Gatto. “I don’t know if I should say this. But they’re doing a series, a Galaxy Quest limited series. Simon Pegg is writing it. He text me asking what my character’s last name is, so I hope I’m in it. I’m excited”.

Galaxy Quest was a 1999 sci-fi/comedy, starring Tim Allen, Sigourney Weaver, Alan Rickman, Tony Shalhoub and, Sam Rockwell. In which, the alumni cast of a space opera television series has to play their roles as the real thing when an alien race needs their help. However, they also have to defend both Earth and the alien race from a reptilian warlord.

The film is a cult classic and is often regarded amongst fans, as the best Star Trek movie of all time. The franchise has continued over the years in the form of comic books by IDW publishing. In 2019 there was a documentary made about the film called ‘Never surrender: A galaxy Quest documentary.’

There were talks of a TV series around 2015, but production stalled after the sad passing of Alan Rickman in 2016. Rickman played Alexander Dane, an old-school British thespian, bitter that his best-known role is on a low-budget sci-fi series.

The film went on to spawn the careers of actors who are now household names, including Justin Long, Rainn Wilson and, Sam Rockwell.

It’s currently unknown which of the original cast members will return, although they’ve all been open over the years about their desires to do a sequel.

Alan Rickman isn’t the only cast member to have since passed away, Sam Lloyd and Robin Sachs are sadly no longer with us. It will be interesting to see if they retire or re-cast those characters.