Check out my initial reactions to watching Rogue One and what I thought overall! [NO SPOILERS]

It was revealed a few weeks ago that Hannibal star Mads Mikkelsen would play a “crucial role” in Rogue One: A Star Wars Story.

Now it seems that we may have a clue as to whom he is playing. As you can see in the image below, he signed the poster ‘Galen’. Fans of the Star Wars video games will already be familiar with the name Galen, Galen Marek was a secret apprentice of Darth Vader whom went by the name Starkiller. 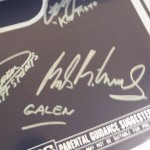 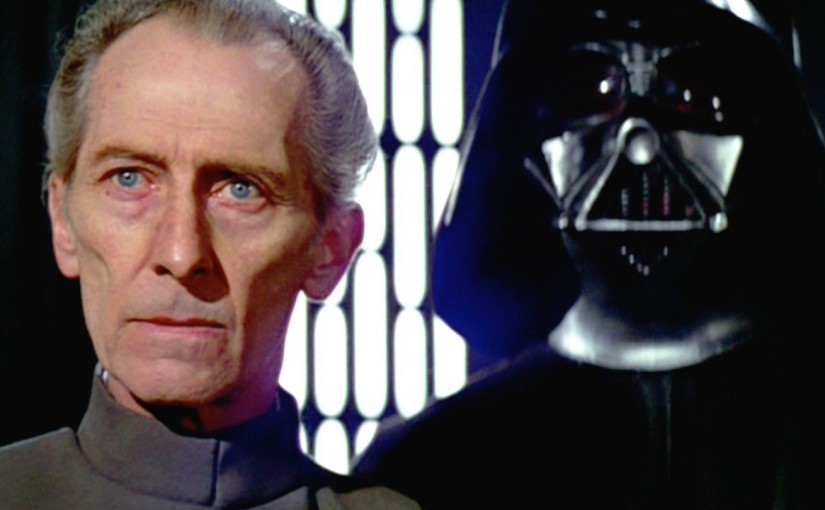 Now, I hate referencing the daily mail. But according to them, director Gareth Edwards and Lucasfilm might be digitally resurrecting Peter Cushing for Rogue One. Peter Cushing originally played Grand Moff Tarkin, in Star Wars:A New Hope.

Rogue One revolves around the heist of the Death Star plans for the Rebel Alliance.

Tarkin was a high-ranking officer, whom played a pivotal part in the construction of the Death Star. He was also the only person on board that could mouth-off to Darth Vader. So it does make sense to include him.

The report states that Peter Cushing would be brought back to life via mo-cap technology, so presumably we’ll have another actor, with Peter Cushing digitally pasted on top. Much like they did with Paul Walker in Fast and Furious 7.

“This is one of the most complex and costly CGI re-creations ever. Cushing is a pivotal plot line as he was the one to create Darth Vader and there’s a whole back story that will come out.”

Obviously, this is a news story from The Daily Mail, so take it with a pinch of salt.

I think it would be interesting to see Tarkin back on the big screen, Mo-Cap technology has come a long way in the past fifteen years. It won’t be long until every working actor submit’s a digital copy of themselves to a database.

Whilst they’re bringing back Peter Cushing, maybe we could finally get the third Dr.Who movie.