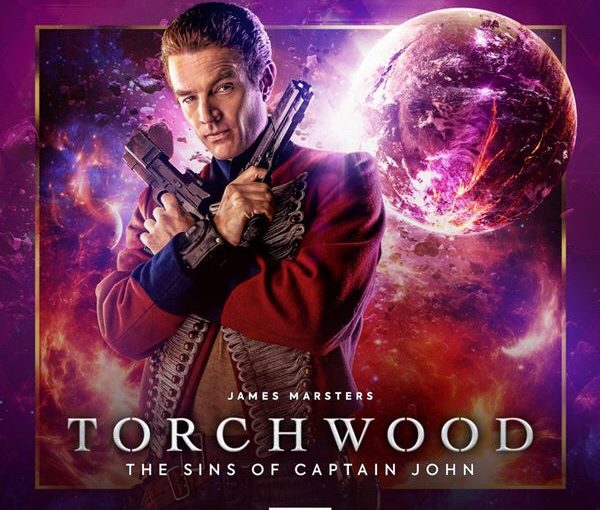 James Marsters, the star of cult television shows Buffy The Vampire Slayer and, Angel. Is set to reprise his role as Captain John Hart, in a series of his own adventures in the Torchwood audio universe.

The rambunctious, deadly and ever-so charming captain will be back at the helm in a new four-story box set, The Sins of Captain John, created by Big Finish Productions in association with BBC Studios.

Captain John Hart made his audio debut in The Death of Captain Jack, released in March 2018. In this story he killed the entire Torchwood team – including John Barrowman’s supposedly immortal Captain Jack Harkness.

He also married Queen Victoria and had no less than three ‘relationships’ with characters from history. Who knows what he’ll get up to in this next box set of adventures!

“Doing The Death of Captain Jack was incredible! I have missed doing Torchwood so much. Beyond being proud of playing a part in it, the character itself is a blast to play, and those two episodes just weren’t enough.”

Set for release in January 2020, The Sins of Captain John will see Captain John Hart leading the universe into rack and ruin in four new adventures…

In these stories we’ll find the villainous anti-hero thriving in Restoration London, exploring gas planets, playing ‘Stepford wife’ and kissing (then killing) countless victims… Just a day in the life of a rogue Time Agent!

“Writing The Death of Captain Jack was a total blast, and both James Goss (producer of the Torchwood range) and I realised we could have a lot more fun with Captain John Hart, providing James Marsters was happy to return. Captain John is this chaotic, disruptive, insubordinate force of nature; completely amoral and unpredictable, so that gave me a lot of freedom! Writing is often a case of knowing when to hold back, when to tread a more subtle line, but with Captain John it’s the complete opposite. And setting it before Torchwood on television meant we were able to go to places where Torchwood can’t.”

Torchwood fans will also find answers to some of the questions and plot points that have so far been left hanging from the beginning of the television show. More details on this in the future…