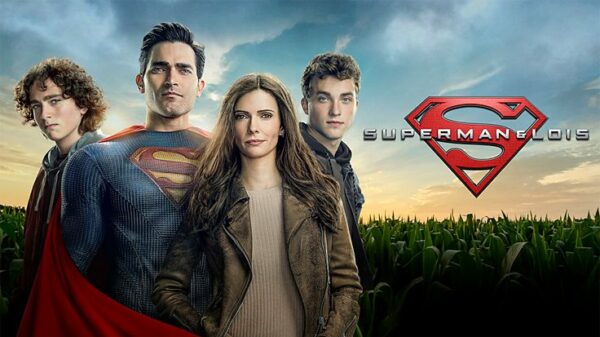 After a seemingly-long wait for a UK broadcaster, fans were delighted to hear BBC One has announced that they’ve picked Superman & Lois.

Tyler Hoechlin and Elizabeth Tulloch appear as the titular characters, in the critically acclaimed CW drama. Which will premiere on Saturday nights in December.

The series is a spin-off to the hit CW series Supergirl, Hoechlin has been a fan-favourite as Clark Kent, ever since he first appeared to help his super-powered cousin. Tulloch’s Lois Lane was introduced for the multi-show crossovers Elseworlds and Crisis on Infinite Earths, as part of Greg Berlanti’s ‘Arrowverse’.

The summary for the series, which aired in the United States this summer, is below:

After years of facing megalomaniacal supervillains, monsters wreaking havoc on Metropolis, and alien invaders intent on wiping out the human race, the pair come face-to-face with one of their greatest challenges ever – dealing with all the stress, pressures and complexities that come with being working parents in today’s society.

Complicating the already daunting job of raising two boys, Clark and Lois must also concern themselves with whether or not their teenage sons Jonathan and Jordan could inherit their father’s Kryptonian superpowers as they grow older. Returning to Smallville to handle some Kent family business, Clark and Lois are reacquainted with Clark’s first love, Lana Lang-Cushing, a local loan officer, and her Fire Chief husband Kyle Cushing.

It’ll be interesting to see if the show follows the recent Jon Kent series of comics, where the character came out as bisexual.

Older readers may remember that Saturday nights on BBC One was the British home for another Superman series in the 90s ‘Lois & Clark: The new adventures of Superman’.

The series will debut on Saturday 4th of December.