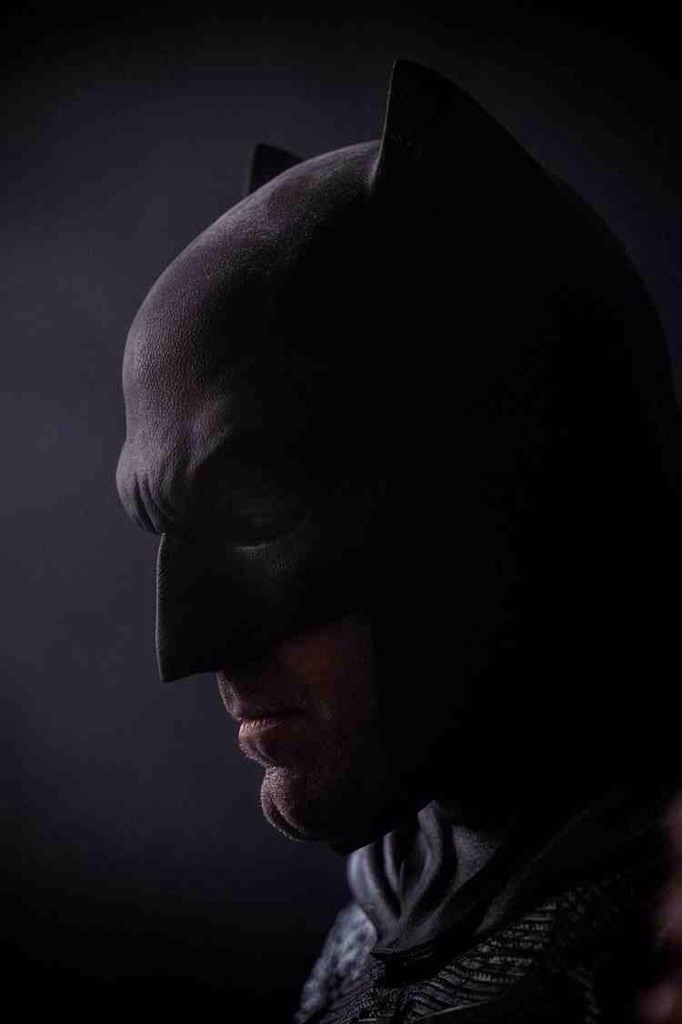 Warner Bros have released a close-up image of Ben Affleck as Batman in Zack Snyder’s Batman v Superman: Dawn of Justice.
I’m really positive about his casting, I still remember the internets reaction in 1999, when it was announced that the 5ft 4″ Canadian, Wolverine would be played by a 6ft 4″ Australian who had only ever done musical theatre.

I just hope the script is decent and that warner have increased the budget, so Snyder could get a tripod.