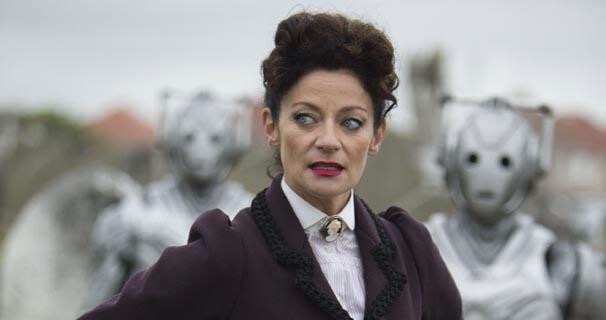 Here’s some Doctor Who news that won’t shock anyone, Michelle Gomez will be reprising her role as the master “Missy” in series 9. She joins Peter Capaldi (The Doctor) and Jenna Coleman (Clara Oswald) for the opening two-part story.

Michelle Gomez said: “Things have been a little beige since I left Missy behind, so I’m delighted to be putting my lippie back on. I’m positively dying to see The Doctor again!”

The opening episodes have been written by head writer, Steven Moffat and are titled The Magician’s Apprenticeand The Witch’s Familiar,

Steven Moffat added: “Everybody hide – Michelle Gomez as Missy was an instant hit last year, so she’s straight back to plague the Doctor and Clara in the series opener. But what brings her back into their lives is the last thing they’d expect.”

It was also announced that Jemma Redgrave will be reprising her role as Kate Lethbridge-Stewart.

The series is expected to launch August 29th.