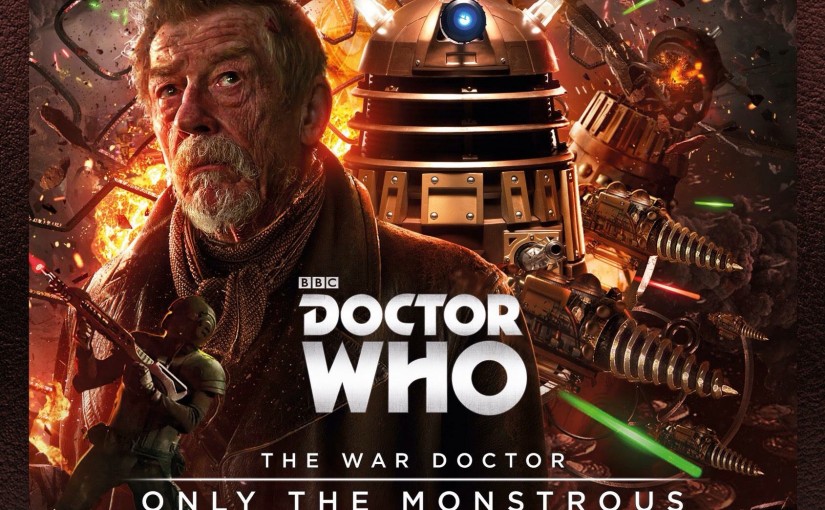 Big Finish announced today that John Hurt will reprise his role as The War Doctor for a series of audios.

The adventures of The War Doctor will be told over four box sets, each containing three linked hour-long episodes. The first is titled ‘Only The Monstrous’ and is written and directed by Nicholas Briggs.

“The story of the Doctor who refuses to call himself the Doctor in order to do the unthinkable upon the ultimate battlefield — all of space and time — was irresistible to me,” says Nicholas. “Such a deeply disturbing and engaging character created by the formidable talents of writer Steven Moffat and actor John Hurt. It’s such a privilege to be working on this.”

The cast of The War Doctor also includes Jacqueline Pearce, who plays Time Lord Cardinal Ollistra — an arch manipulator who is waging the Time War against the Daleks. Jacqueline starred in The Two Doctors as Chessene and she is known to many science fiction fans for her role as Servalan in the cult classic Blake’s 7.

Only The Monstrous will be released in December 2015 and will be followed in February 2016 by the second volume, Infernal Devices, which is written by John Dorney, Phil Mulryne and Matt Fitton. Volumes Three and Four are currently in pre-production.

In addition to The War Doctor, November 2017 also sees a prequel box set to the saga, Doctor Who: The Eighth Doctor — The Time War, which will follow the early stages of the Time War from the Eighth Doctor’s perspective. Paul McGann stars, alongside characters first introduced in the War Doctor box sets.