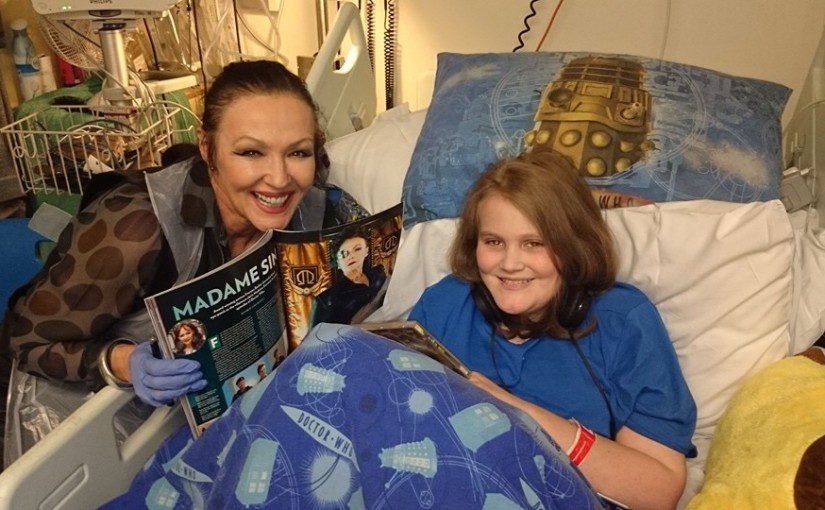 We have recently partnered with Geeksyndicate, in an attempt to give a 14-year old boy a truly great Christmas.
Daniel is a massive Doctor Who fan and was due to attend the recent Doctor Who festival in London, unfortunately his ill health prevented him from attending and he is currently in hospital. As you can guess, he was devastated to miss the event.

Daniel suffers from Ehlers-Danlos syndrome (EDS) and Postural tachycardia syndrome (POTS) he is totally bed bound in a London hospital, and is fed via IV.

He would very much like to meet an actor from Doctor Who, especially an actor who has played The Doctor.

The Twitter hashtag #drwhodaniel has been set up to help spread the word. There is also a Facebook group.