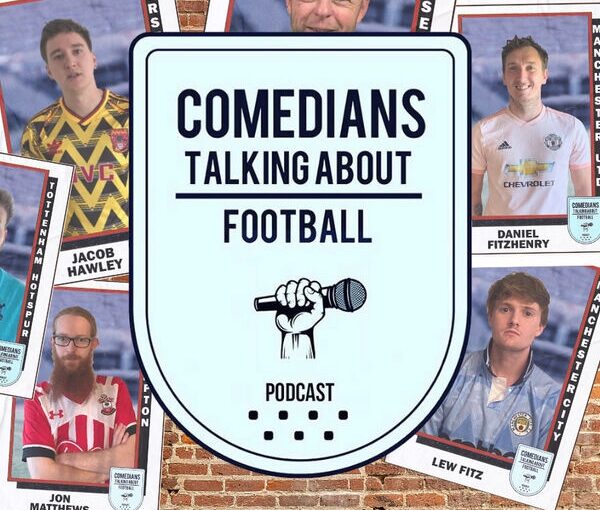 Listeners to this podcast will be aware that Sam has his own podcast, called ‘comedians talking about football’. On his latest episode he is joined by Moss Side born Lew Fitz (that’s Lew, not Lewis) as seen and heard on BBC Three and BBC Radio 4 talks about the rise and rise of Manchester CIty.

Growing up in a family full of “Reds” – Lew talks about why in Manchester United’s 1998/99 treble-winning season he decided to choose (then) Division 1 side Man City over arguably the greatest team in the world at that time.

In all his years supporting Man City he’s seen his club go from playing England goalkeeper David James as striker, to be coming Premier League point scoring record holders under Pep Guardiola. We also talk about how it felt watching City, Man Utd’s “noisy neighbours” lift the title for the very first time… while in Miami, which Lew, from Moss Side, describes as a “soulless place” :D