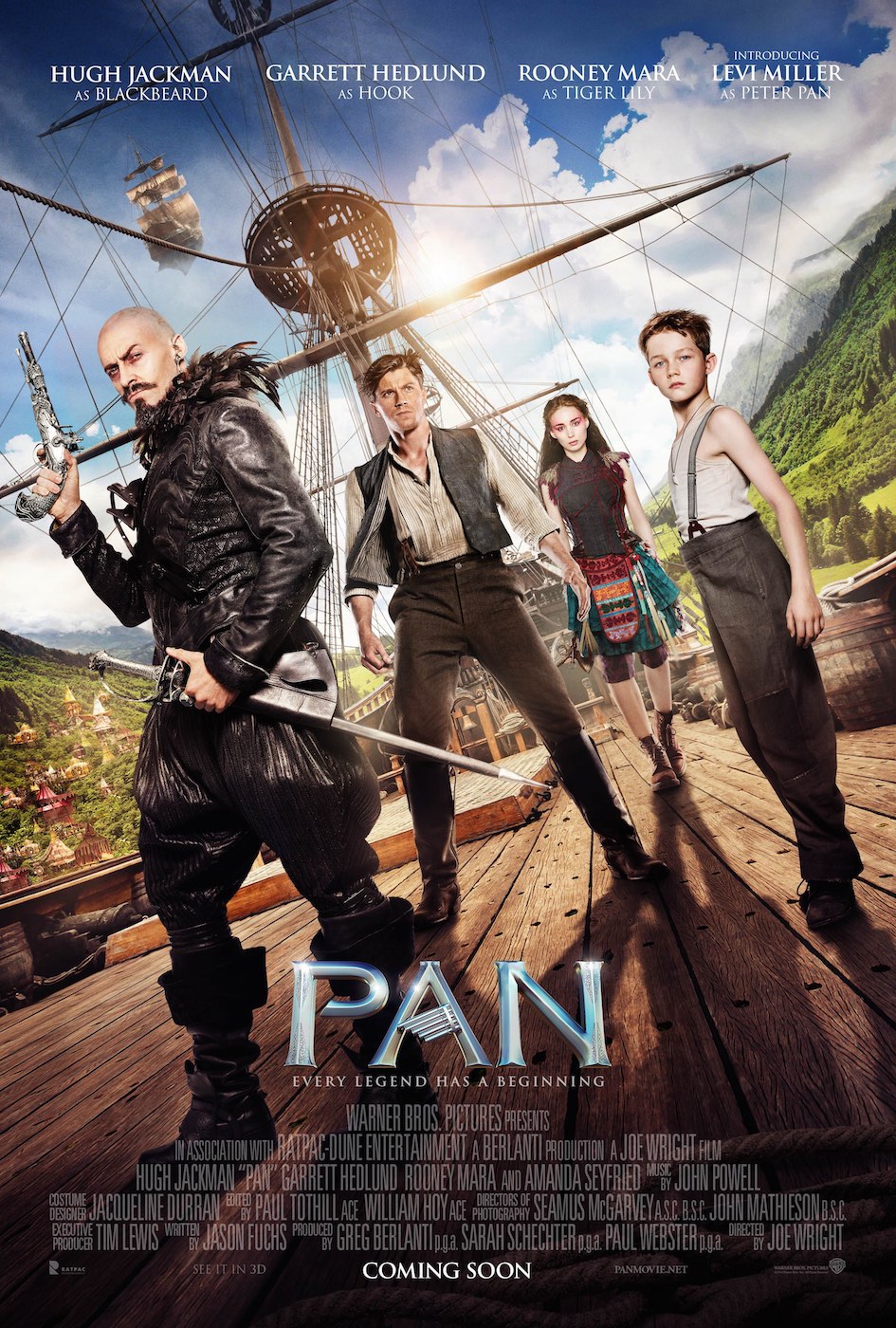 Here’s the final trailer for the Peter Pan prequel, Pan. The story follows Pan when he first arrives at Neverland.

Neverland is ruled by Blackbeard (Hugh Jackman). Peter finds both fun and dangers, and ultimately discovers his destiny—to become the hero who will be forever known as Peter Pan.

Take a look at the new trailer, below.