There are many debates happening on social network sites regard 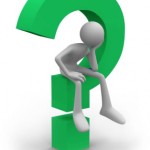 ing Doctor Who. What are you hoping for from season 7? What do you think will happen during the 50th anniversary year? etc. etc. What nobody seems to discuss is who’s next?

Now before you all attack me for wishing Matt Smith would go, please hear me out. Matt has done an incredible job – he has really made the role his own and is second only to Colin Baker in my affections so I want Matt to stay in the part forever. However, I am a realist that has gut instincts that I usually keep to myself. So why am I bringing this subject up now I hear you cry? well, a couple of reasons as it happens.

First is my gut tells me that Matt will go either during the end of the next season or during a huge, spectacular event during the 50th year. The second is my fine host here at BadWilf made an innocent comment on his personal Twitter page regarding Daniel Radcliffe’s suitability for the part after seeing his latest film, post Harry Potter – the excellent Hammer offering, The Woman in Black. This sent my overactive imagination spinning into overdrive. Now we all know Steven Moffat likes a surprise and to shock the fan base with his decision making. Let’s face it – who really was expecting Matt Smith to be at the helm of the TARDIS when David Tennant’s tenure ended?

Daniel Radcliffe is an accomplished actor that certainly wouldn’t be overawed by the legendary role, but that does seem too much of an obvious choice for the Moff to make. My hat would be in the ring obviously but I also believe that Mr Moffat may also have some concerns on that, so who becomes Who?

Does anyone think the timing of Hugh Laurie’s departure from the excellent House show is just a coincidence? I personally would like to see a slightly older Doctor next since Doctors 8, 9, 10, and 11 have all been under 50. Another plus in the Hugh Laurie column is the range of acting skills he has. Serious or zany, his acting skill has been proved over and over and the ability to play the smartest guy in the universe shouldn’t be too hard for the likes of him.

So there we have it, my thoughts towards the future. Please don’t send death threats to the guys here who allow me to write what I want – these are my views and my views alone. Followers of my musings know where you can go to debate me and I’m quite happy to tell you why you’re all wrong. Let’s face it – Steven Moffat is going to pull the shock of all shocks out of the bag when that time comes I’ll be wrong, too.