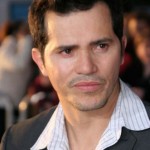 he early ’90s and like it or not, the American remake of Only Fools and Horses is finally going ahead.

ABC has announced that John Leguizamo will play the role made famous by David Jason. They have described Del as being “an overly confident bon vivant and con artist who trades crap out of the back of his car, cheerful and oblivious to the fact that he is a lowlife scamster.”

John Leguizamo is a very capable actor, with credits including Romeo + Juliet, ER and Ice Age.

The character will still be called Del. Rodney and the rest of the characters have yet to be cast. The show is being written by former Scrubs writers Steven Cragg and Brian Bradley.