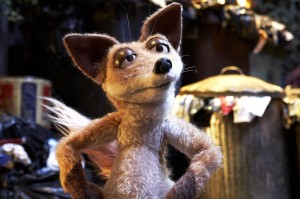 We start off at Vince’s wedding reception. Nelson is the best man. Vince only wants to be portrayed in a positive way, which means Nelson had to throw his original speech out, so Nelson turns to his friends for stories about Vince.

Nelson isn’t overly impressed when Marion brings up Vince’s weekends with his son and recounting the plot to various films, such as Twilight, Tron Legacy, and Freaky Friday with himself and Vince as the main characters. It worked quite well, but the joke wore a little thin after the second joke.
Nelson tells the story of when he and Vince were stranded on an island, a traffic island in the middle of a duel carriageway.  Vince tries to cook him. Nelson manages to talk him out of it.  Nelson then stops his story, after remembering he and Vince had sex.  This section is genuinely funny, with Nelson quoting “what happens on the Island, stays on the Island”.

Eventually, the truth about Vince comes out, which leads to a brilliant musical number called, Vince Is A Massive C***. After the song, the bride tells Vince that she loves him and says, “Kiss me you c***”. Vince kills her and is now widowed.

This was a great episode, let down only by the Kali flashback. Kali had a period in her life, where she thought she was Will Smith, this consisted of her just saying the titles to Will Smith movies. Frankly, it felt beneath Mongrels the joke suited a canned laugher sitcom.

Mongrels has truly hit the ground running, I await the announcement of the inevitable third series.