We’re now in a position where all the films in the franchise take place entirely in the past. The last instalment came out in 1989, yet fans have constantly demanded more. Luckily for us, Bob Gale and IDW have teamed up to give us a four-issue mini-series set in the world of Hill Valley.

Bob Gale has been very outspoken about not returning to the franchise, as he explains in a note at the end of issue #1, he felt that anything more would just be repetitious, so he decided that the only way to expand on the universe would be to not focus on time travel. Instead, he opted to reveal more about the characters we fell in love with, all those years ago.

The Back to the Future comic is essentially the Untold Tales that fill in the narrative gaps from the films. The stories are set before and/or during the trilogy. 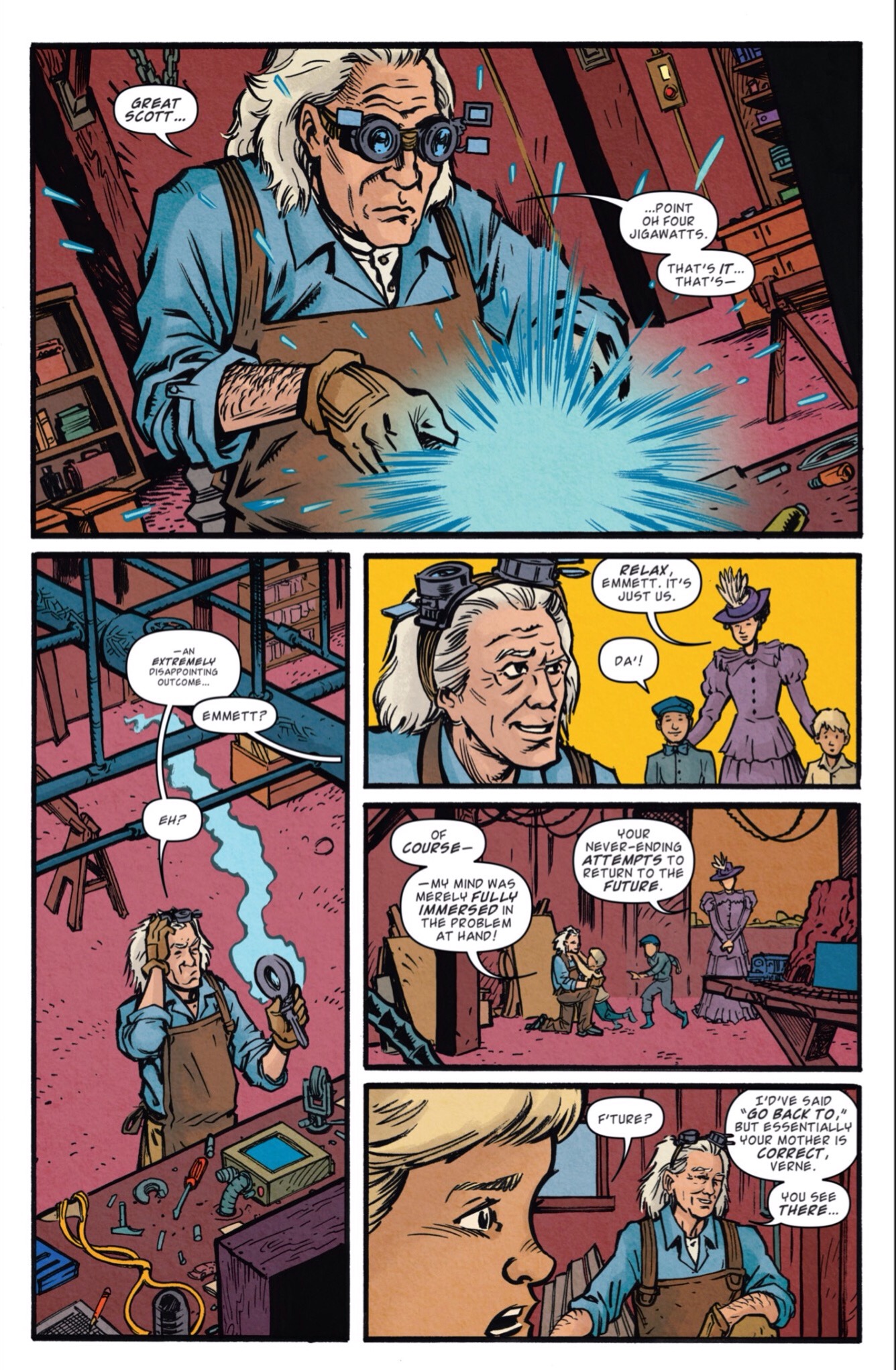 Issue #1 takes place after Marty leaves 1885, but before Doc takes his family to see him. Whilst building his time travel train, Doc explains to Clara and the kids, how he and Marty first met. 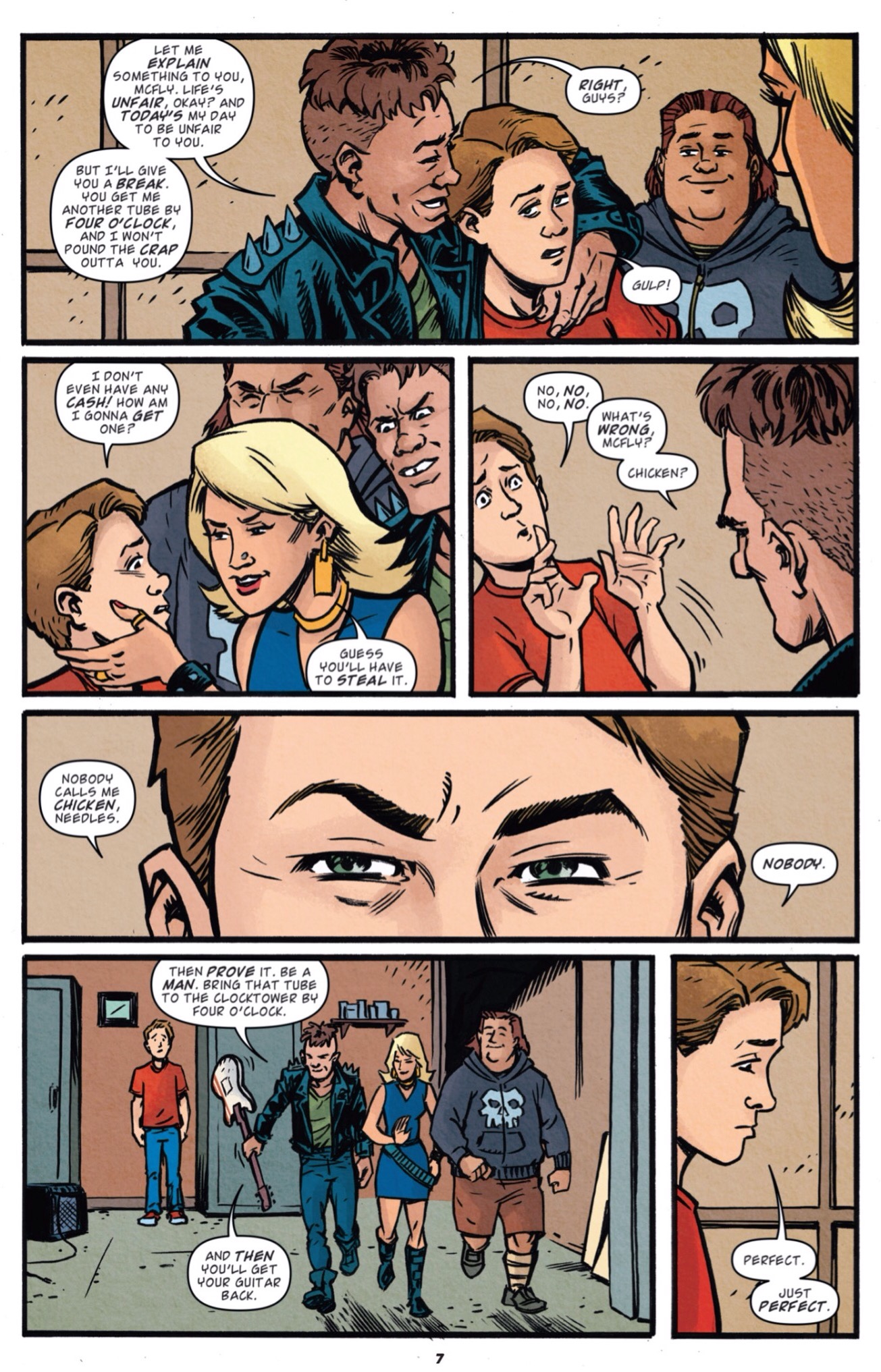 Doc and Marty first met, in 1982-three years prior to the events in the first film.
The issue is a lot of fun, as it riffs on the familiar tropes we saw throughout the trilogy. Writer John Barber is clearly a fan. Brent Schoonover’s pencilling is very cartoonish and basic, but it all works so well.