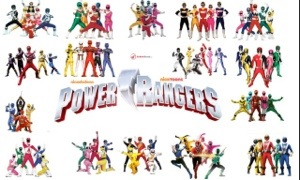 The Hollywood reporter have revealed that Lionsgate is working on a Power Rangers reboot.

According to THR “the new movie franchise will bring back a group of high school kids with superpowers they must harness and use as a team to save the world.”

“Lionsgate is the perfect home for elevating our Power Rangers brand to the next level.”

“We’re thrilled to be partnering with Haim Saban and his team to maximise the potential of this immensely successful and universally recognised franchise.”

I will probably end up seeing this movie. I was eleven when the mighty morphing power rangers started. Now, my kids watch it on Netflix. My son is especially a big fan of all things power rangers.

More news as we get it.