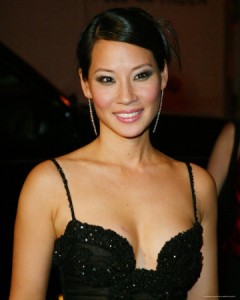 The project, written by Robert Doherty, is set in present-day and stars Jonny Lee Miller as eccentric Brit Sherlock Holmes, a former consultant to Scotland Yard whose addiction problems led him to a rehab centre in New York City. Just out of rehab, Holmes now lives in Brooklyn with “sober companion” Joan Watson (Liu), a former surgeon who lost her license after a patient died, while consulting for the NYPD.

How disappointing! I really wanted to see an American take on the complicated character, see how a New Yorker with intelligence would fair in a city more troubled than London. I was distraught at the casting of Jonny Lee Miller. Now don’t get me wrong, I am a fan of Mr Miller, I loved Hackers and really enjoyed his role in Trainspotting. But as a leading man, he has always been found wanting. Ely Stone for example should have been excellent but the performances never lived up to the pilot. Also playing Sherlock as a Brit is a ridiculous notion destined to fail due to the obvious comparisons he is going get to the excellent Benedict Cumberbatch’s portrayal. Then came today’s news!

Lucy Liu is to play Watson. I was looking forward to a female Watson, yet another twist to a famous character, but the casting of Ms Liu has left a feeling of a missed trick with me. It seems a rushed piece of casting and almost as if CBS has gone with a cheap option. So many other actresses both American or from the UK are so much more suited to the role. It’s like CBS have Ally McBeal/ Sherlock/ Charlie’s Angels mixed up. I will of course still watch the show as it’s my job to and I also won’t print an opinion without the chance of being proved wrong, but – and maybe this was the point – the expectations I had for the show have plummeted to the point where if the cast gets through an episode without falling over, it could be called a triumph.