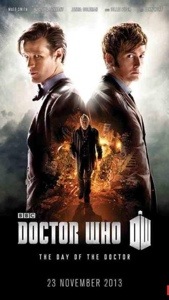 The DVD will be released December 2nd and can be pre-ordered here.

What do you think of the title, are you excited for the 50th and, will you be holding an event to celebrate?