A gentle and humorous riff on the classic Now We Are Six, this is a collection of charming, funny and whimsical poems that celebrate the joys, sorrows, and wonders of Time Lord life. 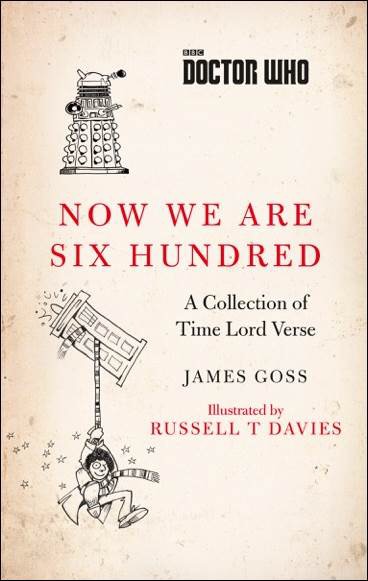 Written by author James Goss, the book features illustrations by former Doctor Who Executive Producer Russell T Davies – his first role as an illustrator, using the comic artist skills he developed in his youth.

“BBC Books have carefully baited an irresistible trap to lure people into reading poetry. Russell’s beautiful illustrations make this the most charming Doctor Who book there’s ever been (and I’m including that magical first Doctor Who book you discovered as a child). The poems have been a delight to work on. Who could resist retelling the fiendish Daleks’ Masterplan in verse, or finding bizarre and ludicrous rhymes for monster names?”

“I’ve been drawing for Doctor Who long before I was writing it, so it was like time-travel for me, voyaging back to that young scribbler who used to cover his school desk with Daleks!”

Doctor Who: Now We Are Six Hundred will publish in hardback on 14th September, two weeks before National Poetry Day on 28th September.

It can be ordered here.