The BBC have tried multiple times over the years to launch a long running spin-off to Doctor Who, each of these have had varying degrees of success. For every Torchwood, there’s a Class. For every K-9 and company, there’s a Sarah Jane Adventures.

If you follow me on social media, you’ll know I’ve been predicting for a while that the BBC will launch a new Doctor Who spin-off, within the next 5 years.

Well, a source within the BBC has told me the organisation is in fact looking to make “a sci-fi show, set within an established universe”. No, I won’t tell you who. Yes, I understand how cryptic and frustrating “a source” can be to read. Logically speaking, that “established universe” can only be Doctor Who. The BBC doesn’t really have any other sci-fi shows and with the success of series 11, it would make sense to capitalise soon.

I don’t know quite what the BBC are looking for, but I’ve made a list of 5 potential spin-offs I think they should consider. I’ve left off any characters and spin-offs that are currently with Big Finish such as; Torchwood, River Song, Eighth Doctor etc. Because if they’re with Big Finish, it means the BBC have no plans for them. 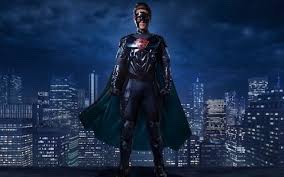 Personally, I didn’t enjoy the Return of Doctor Mysterio. However, I do enjoy the core idea. Given the success of DC’s Arrowverse, there is clearly a market for fun/slightly camp superhero adventures and if I’m entirely honest, I’m always jealous when the Arrowverse does a huge ambitious cross-over, because Doctor Who could be doing that. Imagine the Journeys End/Stolen Earth storyline spread across Doctor Who, Torchwood and, The Sarah Jane Adventures. It’d be epic.

One of the problems with Class, is it didn’t feature any pre-established characters. The Ghost wouldn’t have this problem. Also, the character already has a comic book range, with Titan comics. So there’s clearly a market for it. 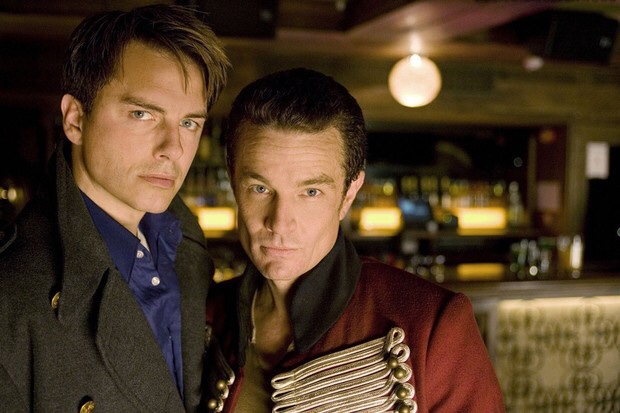 When Captain Jack first appeared in Doctor Who, he was a loveable rogue on the run from “the time agency”. They mention the time agency has been disbanded in Torchwood and, Big Finish touch upon the organisation in ‘The Lives of Captain Jack’ but aside from that, we know very little about them. My head-canon has always included the time lord’s outsourcing to the Time Agency, when The Time War happened.

This show could have same basic principal as Doctor Who, but with a very different possibly darker dynamic. Think Torchwood, in space. Maybe even a guest appearance from a Doctor or two.

UNIT have been a major part of Doctor Who lore, ever since their debut in the ‘60s er 70’s er, 60’s. Now, I know you’re thinking ‘But Mart, you said you wouldn’t include spin-off’s that are with Big Finish’. I’m not, this would be a 70’s set X-Files type show, in the vein of Sapphire and Steel.

This idea would even lend itself to cameos from modern Doctors, as well as voice cameos from former Doctors and companions, imagine hearing Jo Grant’s voice from another room. 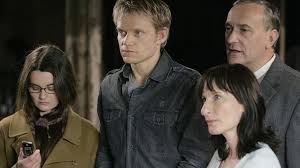 Alright, I know. Love and monsters sucks. But, the core idea is golden. The idea that people affected by The Doctor, would seek each other out and form a support group is genuinely fascinating. Why not expand on it?

This would also lend itself to modern and classic companions appearing, maybe LINDA (London Investigation ‘N’ Detective Agency) track down Ace, or Martha and Mickey, or Yaz, Ryan and Graham. The possibilities are endless.

To many people, myself included, The Sarah Jane Adventures is still the best Doctor Who spin-off of all time. It was primarily aimed at the child audience. But some how, managed to simultaneously capture the spirit of the parent series, whilst being multilayered and enjoyable for all ages. A lot of the shows charm is down to the legendary, Elisabeth Sladen. Arguably, the true icon of the Whoniverse.

I knew who Sarah Jane Smith was, long before I’d ever seen an episode of Doctor Who. Fandom was left devastated in 2011, by Sladen’s untimely death. Not only did we lose an icon, we lost one of our favourite shows.

It’s been 12 years since SJA’s debut, so it would be a welcome treat for fans if the BBC brought the show back.

Though, obviously Sarah Jane could not feature. Fans would love to see what happened to her teenage friends and family. Maybe Rani is now a journalist, Luke a scientist, Skye might’ve just returned from university, perhaps Clyde is a teacher at Coal Hill. This show would also lend itself to appearances from classic and Nu-Who companions. Yaz, Ryan and Graham could also slot easily in, should any of them leave the TARDIS.

Obviously, in a universe as rich as Doctor Who, there are many different ideas that could be put forward for a Doctor Who spin-off.

But I feel the most logical is Bannerman Road. It’s modern day Earth and the characters all look human, so it would be relatively cheap to produce and I genuinely think there’s a story to be told here.

With Doctor Who having another gap year, there needs to be something to fill it. Especially, if this trend continues.