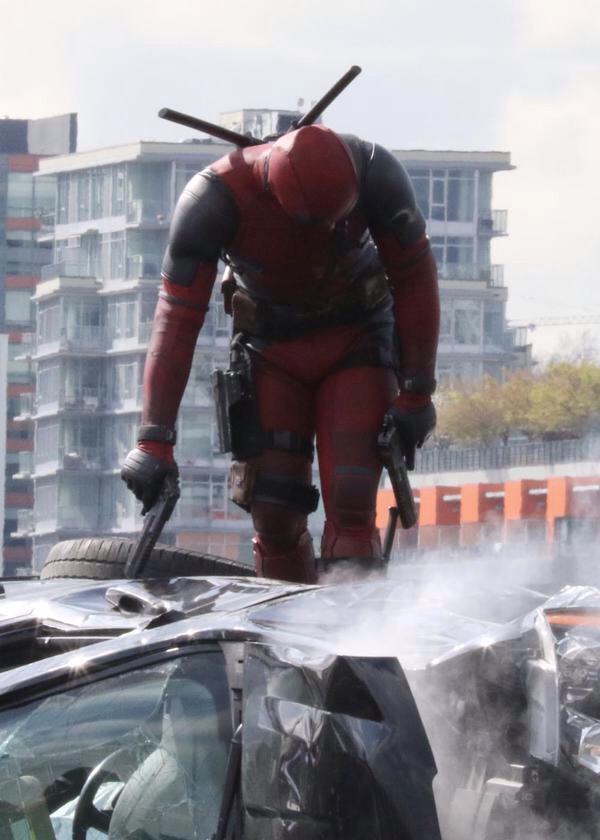 It spent nearly a decade in development hell, but now the Deadpool production has gained the momentum of a runaway train. We’ve also seen some very cool images and a hilarious interview between Ryan Reynolds and Mario Lopez. 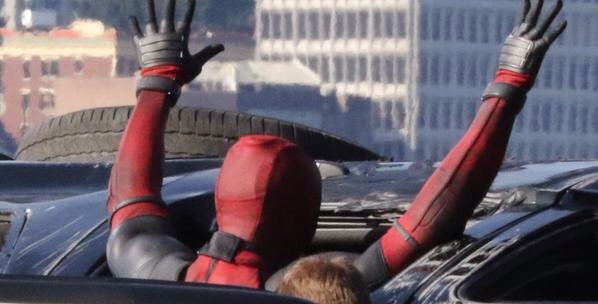 Now, some set photos have made their way on to Twitter. It looks like they’re recreating the car chase from the leaked test footage that we saw last year. 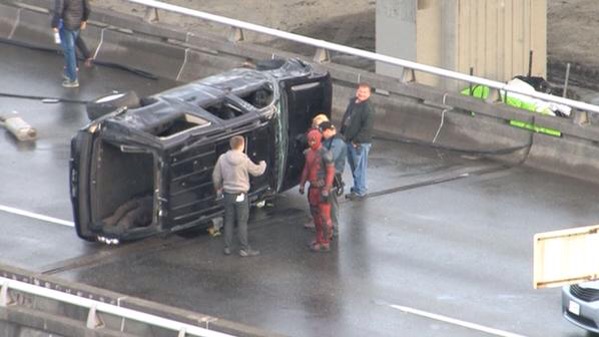 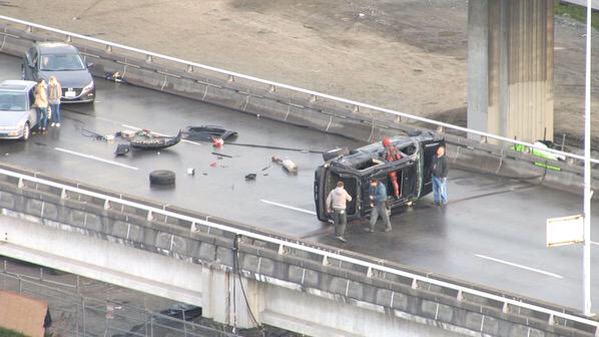 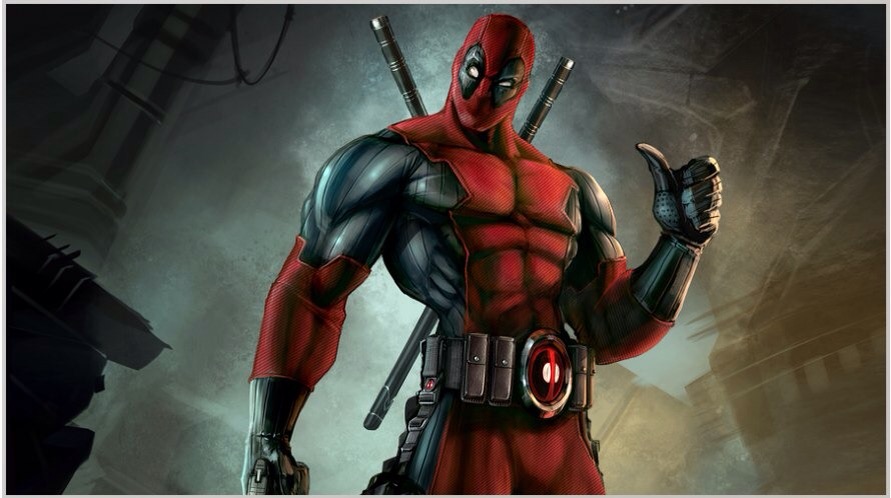 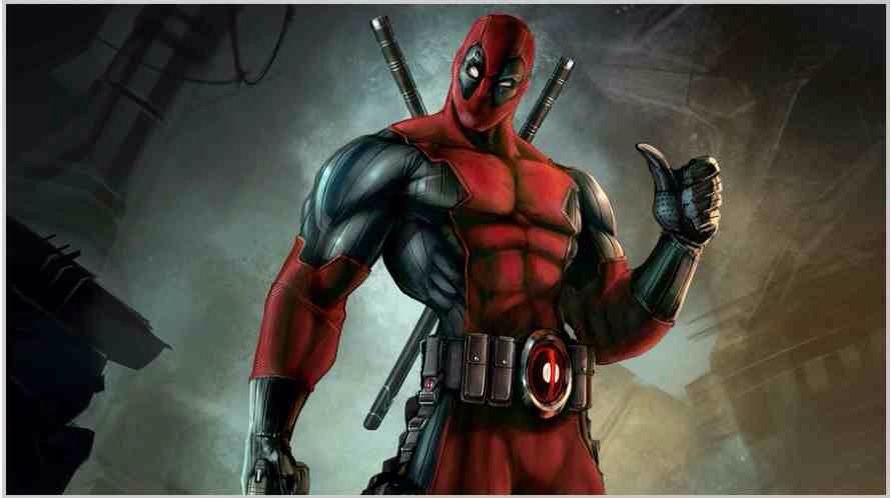 I had long given up hope that this day would ever arrive, but 20th Century Fox is moving forward with the highly anticipated Deadpool movie.

A release date has been confirmed for February 12th, 2016.

Ryan Reynolds has not yet signed on the dotted line, but is expected to star.

The film is being directed by Tim Miller and is being written by Rhett Reese and Paul Wernick.

A few months ago, someone involved in the production leaked some excellent test footage, that set the Internet a blaze with positivity.

Ryan Reynolds spoke about the online reaction recently in an interview:

“There was such an overpowering reaction to the footage, you sort of feel like, ‘Oh, so we weren’t crazy for our reasons for loving this character, for loving this role.’ It’s interesting to see the power of the Internet. It’s awe-inspiring, actually. And it’s neat that Twitter and Facebook and Instagram can move mountains when used in the right way.”

I can’t wait for this movie to finally happen. It will be interesting to see how Fox treat the project, both Miller and Reynolds have previously stated that they wouldn’t be interested unless they could make the film they wanted to make, which would receive an ‘R’ (18) rating. 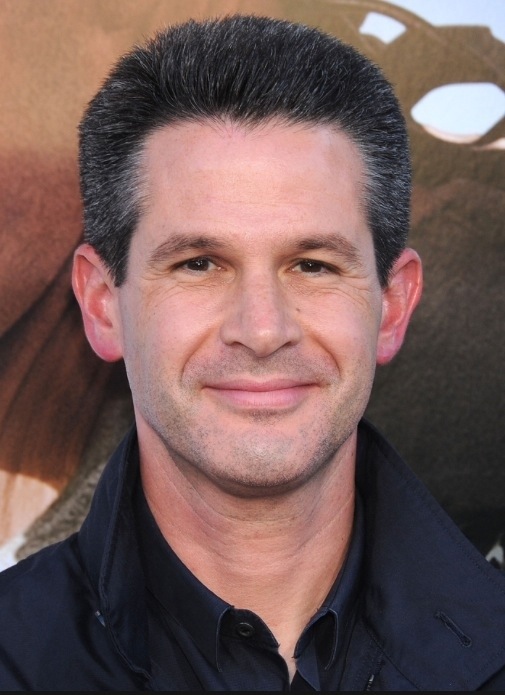 It’s well documented that Hugh Jackman and Andrew Garfield have expressed interest in joining the Avengers. However, studio politics stand in their way. Disney/Marvel studios own the Avengers, Sony own Spider-Man and Fox own the X-Men and the fantastic four. Getting these three studios to split profits would be difficult, who gets the lunch box proceeds?

Simon Kinberg, the writer of the new X-Men film has spoken out about the possibilities of a crossover between X-Men and the Fantastic Four.
He said:

“The Fantastic Four live in a world where they are fantastic because they are the only people who have super powers. If they were to live in a world full of mutants they would kind of just be four more mutants,” he says. “In the X-Men movies, we have never acknowledged a public team of superheroes called the Fantastic Four who live in New York City, even though Charles’ mansion is in Westchester not so far form the city.”

I don’t entirely agree with him, I don’t think it would be too difficult to explain a shared universe between the franchises. 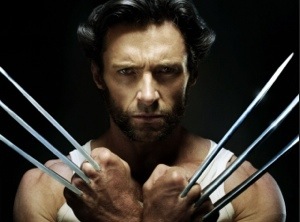 Wolverine 2 has found its writer, David James Kelly will be scribing the date of everyone’s favourite Canadian mutant.

The film is expected set on March 3rd 2017. James Mangold will be returning to the director chair and of course, Hugh Jackman will be returning as Wolverine.
The sequel will come out a year after X-Men:Apocalypse and will be Jackman’s ninth big screen appearance as Wolverine. Yes, I count the cameo in first class.
It’s almost hard to believe that back in 1999 comic book fans were up in arms when the news broke that Wolverine would be played by a 6ft 4″ Australian.

Yeah, we can’t get excited either. Here is the first picture of Halle Berry from the set of X-Men:Days of future past.

X-Men: Days Of Future Past, will see Berry reunite with her past co-stars Hugh Jackman, Ian McKellen, Patrick Stewart and Anna Paquin, along with many others.
The film will be released in the UK on 17 July 2014. 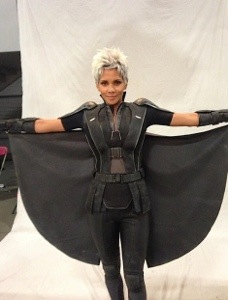 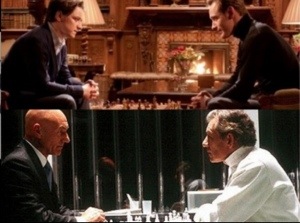 Bryan Singer confirmed today via twitter, that both Sir Ian Mckellen and Sir Patrick Stewart will be returning to the X-Men franchise, reprising their roles in X-Men: Days of Future Past.
In his tweet he said “Thrilled to announce @ianmckellen118 & @SirPatStew are joining the cast of #XMEN #DaysOfFuturePast #magneto #professorX More to come…”.
I’m sure it won’t be long before we hear announcements of other previous cast members being involved. Will we FINALLY get to see Bishop? Who should play him?
IF we do get Bishop, my money is on Micheal Kenneth Williiams.