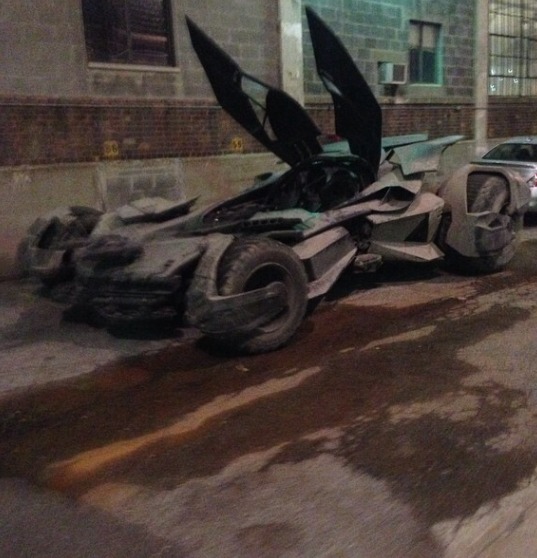 A few months ago Zach Snyder teased an image of the Batmobile.
Now two images have leaked online. I have to say, I absolutely adore the design. 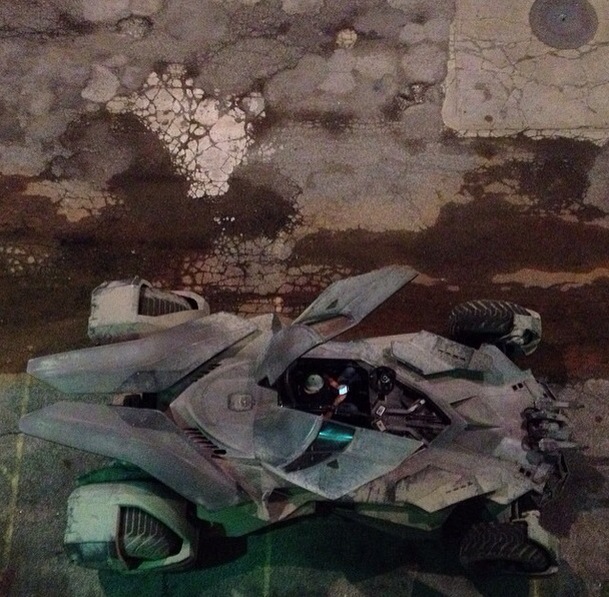