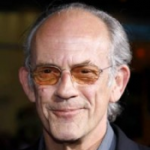 Probably best known for his role as Doc Brown in Back to the Future, Christopher Lloyd has been cast as granddad in the US remake of Only Fools And Horses. He will star opposite John Leguizamo as Del-Boy.

The original Only Fools and Horses ran from 1981-2003; it had one spin-off and a prequel