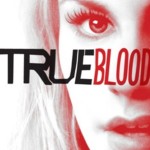 d own from 18 September 2012. In their first multi-platform EST (Electronic Sell Through) release in the UK, each episode will be made available on blinkbox and iTunes UK, just a day after broadcast on FX:UK.
Waiting for True Blood in previous years has sucked, but now, FX:UK will be broadcasting Season 5 four months earlier than previous seasons and now for the first time in the UK, just three months after the US. Fans will be able to own their favourite TV show months ahead of the DVD and Blu-ray release and episodes can be collected each week and viewed on PC, Mac, SMART devices (TV, Blu-ray players, set top boxes), tablets, Xbox 360 and PlayStation3.
Sookie Stackhouse (Anna Paquin) and her supernatural cohorts have a disturbing new political power play to deal with in Season 5 – a growing war between the Vampire Authority and ‘vampire fundamentalists’ – and the outcome could decide the fate of human existence.

In Season 5, the hit HBO series presents a whole new wave of otherworldly characters, including Vampire Guardian Roman (Emmy® nominee Christopher Meloni) who seeks human-vampire co-existence; vampire zealot Salome (Valentina Cervi) who is intent on recreating the world in God’s vampyric image; Authority Chancellor Nora (Lucy Griffiths) who shares the same maker as Sookie suitor Eric Northman (Alexander Skarsgård); werewolves J.D. and Martha who want a reluctant Alcide (Joe Manganiello) to take his rightful place as packmaster; and more.
Colin Smith, Director, International Digital Distribution for HBO said: “True Blood is one of the many jewels in HBO’s crown, with Season 5 already critically acclaimed in the US and it is part of our ongoing strategy to make this content available to viewers in a variety of formats so they can immerse themselves in their favourite shows whenever, wherever. Fans will now be able to own the new series in digital format the day after broadcast