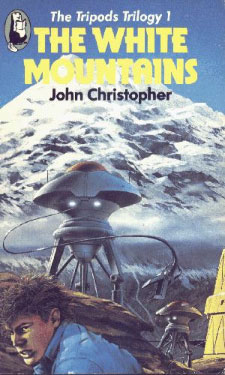 Author John Christopher was born Christopher Samuel Youd (a Dutch/Flemish name) in Knowsley, Lancashire on the 16th of April 1922. After serving in the Second World War, he won a prestigious Rockefeller grant that allowed him to concentrate on his love of writing. His big break came with the publication of “The Death of Grass,” which was his second novel under the pseudonym of John Christopher.

Christopher was a prolific writer; starting in the 1940s he published many titles under many different names. His first book was “The Winter Swan” as Samuel Youd; he wrote cricket fiction in the 1950s as William Godfrey, the “Joe Dust” adventures as Peter Graaf, “Felix” books as Hilary Ford, “Patchwork of Death” as Peter Nichols and four novels under the name Stanley Winchester.

It will be the tales he wrote as John Christopher that will live in my memory the most though. Through “The Sword of the Spirits” and the “Fireball” trilogy I was introduced to a kind of writing that as a young child i had never encountered before. Then came a life changing moment, reading “The Tripods.”

“The Tripods” started life as a trilogy. “The White Mountains,” “The City of Gold and Lead” and “The Pool of Fire” were originally written in the late 1960s but became part of the school reading curriculum twenty years later – this is where I discovered science fiction as a written piece.I’d watched Star Wars and Battlestar Galactica but now I had my story – one that was allowed in school, one I could discuss and get excited about with my friends. Add to this the television show in 1984 and ’85 and I began taking science fiction much more seriously. I started listening to my dad’s “War of the Worlds” LP and sci-fi based comics replaced staple favourites Beano and Dandy. Then, the late 1980s, a prequel to the original trilogy was released: “When the Tripods Came.”

These tales of futuristic times are still read and loved by millions today; they’ll always be remembered as the spark that lit a fire of imagination under me.

I am very sad to hear of Christopher Samuel Youd’s passing on the 3rd of Febuary 2012, up the road from me in Bath. My thoughts and prayers go out to any family of this great, great man.