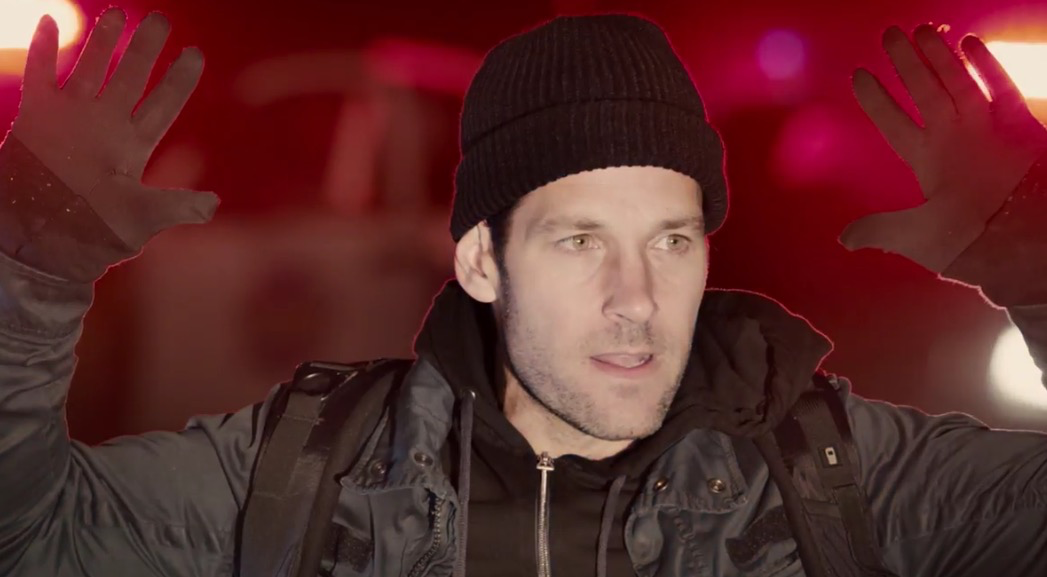 After being in development for longer than Marvel had a cinematic universe, it’s great to finally see this teaser trailer for Ant-Man.

The film stars Paul Rudd as Scott Lang, a con-man who inherits a super-suit that allows him to shrink in size but increase in strength.

The thing that struck me most about this trailer is the lack of 21st century technology in the scenes, I don’t recall seeing anyone with a mobile or even a television in Paul Rudd’s house. With Hayley Atwell and John Slattery reprising their roles as Peggy Carter and Howard Stark, it’s a safe bet that this is set pre-Avengers.