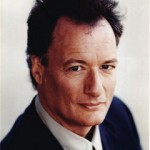 Torchwood writer Jane Espenson has announced that John de Lancie will be joining the cast of the new series of Torchwood: Miracle Day. John de Lancie is probably best known for his role as Q, in Star Trek: The next generation

It hasn’t yet been announced which character De Lancie will play, but, it won’t be Q. Which is a shame really