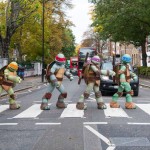 celebrate their return to British TVs with the new series airing on Nickelodeon on Mondays at 5pm. 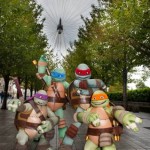 “Teenage Mutant Ninja Turtles is THE television event of the autumn for all the family,” said Tina McCann, SVP, Managing Director, Nickelodeon UK. “We know that the legions of Turtles fans as well as those that have never seen the half-shell heroes in action before are going to be blown away by the new series with its extraordinary animation and mix of comedy and action.”

To find out more about the Teenage Mutant Ninja Turtles and play awesome Turtle games go to http://turtles.nick.co.uk/ 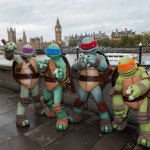