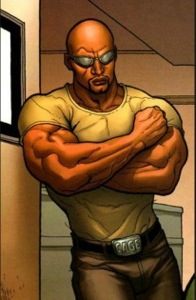 Netflix and Disney have struck a deal
with ABC to co-produce four Marvel superheroes TV series, to be streamed exclusively on Netflix.
The first series’ will be Daredevil, followed by Jessica Jones, Iron Fist, and Luke Cage.
The four serialised storyline’s will culminate in an Avengers-style superhero team-up, which will take place in a Netflix original film called The Defenders.
As ABC is involved there is always the possibility of an agents of shield cross-over.

I’m excited by this news, Netflix has a fairly great track record and producing original content.
However the series I most want to see is The Punisher, let’s just hope that happens.