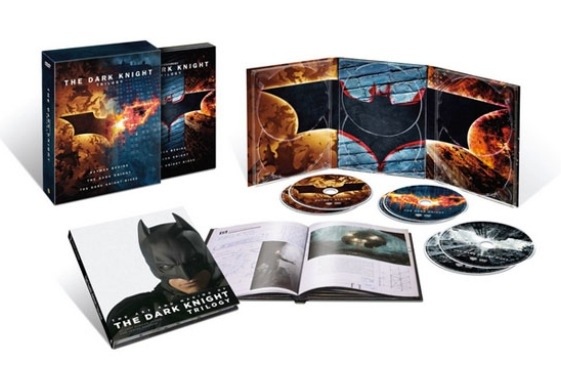 “The Dark Knight Rises” arrives on Blu-ray, DVD and Digital Download from 3rd December. In the epic conclusion to filmmaker Christopher Nolan’s The Dark Knight trilogy, Gotham City is threatened by the masked terrorist Bane, forcing Batman to return from an eight-year absence and fight for his city one more time.

“The Dark Knight Rises” will be available on 2 disc Blu-ray and on single disc DVD The Blu-ray features the film in hi-definition on Blu-ray and in standard definition on DVD. “The Dark Knight Rises” Blu-ray disc takes advantage of the marriage of IMAXÒ and 35mm formats by using the hybrid master to replicate the unique theatrical experience of integrated film formats. The Blu-ray is also available in limited edition Bat Cowl packaging. Both the Blu-ray and the single disc DVD include UltraViolet which allows consumers to download and instantly stream the standard definition version of the film to a wide range of devices including computers and compatible tablets, smartphones, game consoles, Internet-connected TVs and Blu-ray players.

“THE BATMOBILE” DOCUMENTARY: Witness all five Batmobiles together for the first time in history. Dive deep into every aspect of the most awe-inspiring weapon in Batman’s arsenal as you journey through the birth and evolution of this technological marvel and cultural icon. (01:00)
ENDING THE KNIGHT: A comprehensive look into how Director Christopher Nolan and his production team made “The Dark Knight Rises” the epic conclusion to the Dark Knight legend.
Production

The Prologue: High-Altitude Hijacking
Return to the Batcave
Beneath Gotham
The Bat
Batman vs Bane
Armory Accepted
Gameday Destruction
Demolishing a City Street
The Pit
The Chant
The War on Wall Street
Race to the Reactor
Characters