London’s BFI IMAX cinema announced today that it has now sold 62,300 tickets for The Dark Knigh 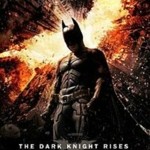 t Rises – The IMAX Experience, grossing £1,001,300, two days ahead of the film’s opening this Friday 20 July.
Since tickets went on sale five weeks ago, thousands of Batman fans have been snapping them up to ensure they see the film in the best possible way – on Britain’s biggest screen.
The figures for both the advance box office gross and the number of tickets sold have beaten the cinema’s previous best-ever advance sales, which were for Avatar in December 2009 (£607,000 sales for 47,000 tickets).
The Dark Knight Rises also broke BFI IMAX records for highest first day sales ever (24,754 tickets grossing £409,838) and the highest first week sales ever (38,658 tickets grossing £634,013). Both these records were previously held by Prometheus.
43 shows are now sold out, including screenings for early birds at 04.25 and 04.55 this weekend.
Warner Bros. Pictures’ and Legendary Pictures’ The Dark Knight Rises is the epic conclusion to filmmaker Christopher Nolan’s Batman trilogy.
Nolan is utilising IMAX cameras even more extensively than he did on The Dark Knight, which had marked the first time ever that a major feature film was partially shot with IMAX cameras. Over an hour of the footage from the film is in IMAX format, with the image filling the giant screen.
Dennis Laws, General and Technical Manager, BFI IMAX comments: “These figures prove that seeing The Dark Knight Rises in IMAX, to truly experience Christopher Nolan’s incredible vision for the film, is an unmissable event this summer. People are even flying in from abroad especially to see the film at BFI IMAX. We want as many people as possible to be able to see it, so we’re already adding extra shows to meet the demand.”
Tickets can be bought online at www.bfi.org.uk/imax or from the box office Tel: 020 7199 6000. This week it was announced that in a new concession agreement ODEON will take on a range of services from the BFI for BFI IMAX. From 19 July 2012 tickets will be available via www.odeon.co.uk or Tel: 0330 333 7878