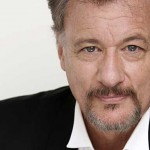 wo of Star Trek: Next Generation’s most popular characters,  will be joining the line-up for Destination Star Trek L 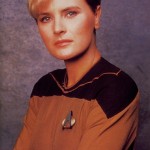 Denise Crosby appeared in the first season of The Next Generation as Tasha Yar and remained a fan favourite, appearing again in later seasons.  The omnipotent being from the Q Continuum has constantly been voted the best villain and every episode he appeared in was memorable, John de Lancie is a great addition to the impressive and expanding guest list.

Tickets and information can be found here