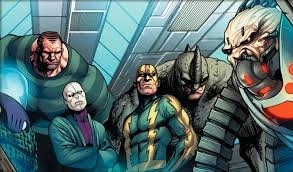 Earlier in the week, I posted an article about rumours that the Sinister Six film had been cancelled.
It turns out it was just a rumour, Sony have announced a release date for the villain based spin-off.

The sinister six movie arrives in cinemas on November 11th, 2016.
Surprisingly, Sony have pushed back the release date for The Amazing Spider-Man 3, It was supposed to be out in 2016, but it’s been moved until 2018.

Drew Goddard (Cabin in the Woods) is writing the film, which is Sony’s first attempt at expanding the Spider-Man cinematic universe.

I’m all for expanding the universe, but I’m not sure if a four year gap between the main films is a wise idea.