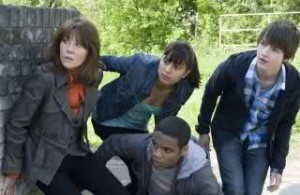 The British Film Institute has announced that they will preview the final series of The Sarah Jane Adventures with a special family screening followed by a Q and A.

Originally, it was reported that adults must be accompanied by children; the BFI have now lifted those restirctions

Tickets can be booked at  BFI.org.uk.