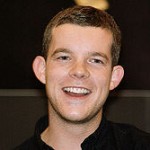 In an interview with the Guardian newspaper, Russell Tovey admitted that he has now left Being Human.

“Well, I’ve actually left Being Human but no one knows yet. Aidan’s left to film The Hobbit in New Zealand and going on without him on this fourth series felt strange”.

This is a major shocker for fans of the series; Russell was the only original cast member kept on from the BBC3 pilot that aired in 2007. It was assumed that he would always be constant.

When asked if the show could continue with only one original character [Annie] left, he added “With Being Human the story can definitely go on and on. Toby [Whithouse] still runs it and they can do all sorts … add giants and robots!”