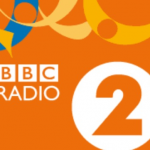 Following last year’s mammoth success, Radio 2 will again take the station out of the studio and into Hyde Park with a unique concert on Sunday 9 September 2012.

Jeff Smith, Head of Music, Radio 2 and 6 Music, said: “Music is at the heart of Radio 2’s output, and with more incredible artists to be announced in the coming weeks, there will be something for everyone at this year’s Radio 2 Live in Hyde Park. What better way to end the summer than with a truly British celebration of music.”

For seven days after the event, listeners will be able to hear highlights from the concert across the station’s daytime shows and the Radio 2 website will feature exclusive backstage footage and interviews from the event.

Details on how to purchase tickets are available via the Radio 2 website.