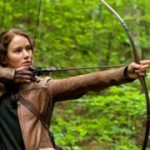 ter film THE HUNGER GAMES. THE HUNGER GAMES: CATCHING FIRE. The film will shoot primarily in existing locations in and near Atlanta, Georgia. The film will subsequently be shot on location in the beaches and jungles of Hawaii before wrapping in late December, 2012.
THE HUNGER GAMES: CATCHING FIRE will be released worldwide on November 22, 2013, and stars Jennifer Lawrence, Josh Hutcherson, Liam Hemsworth, Woody Harrelson, Elizabeth Banks, Lenny Kravitz, Philip Seymour Hoffman, and Jeffrey Wright, with Stanley Tucci and Donald Sutherland.

Lionsgate also announced a global set visit sweepstakes. “THE HUNGER GAMES: CATCHING FIRE- Win a Trip to Set” will run September 10th through October 12th 2012, offering twelve lucky fans a chance to visit the set of the film and interact the with cast and crew. To enter, fans based in the participating territories (the United States, Canada, the United Kingdom, Australia, Germany, France, Scandinavia, Russia, Israel, and Japan) will upload a :30 second video of their top question for the film’s cast. Additionally, “virtual” citizens of Panem will be able to enter by playing The Hunger Games Adventures – one of the top adventure games on Facebook and coming soon to iPad. Full rules and regulations are posted on the contest Facebook tab, and at www.catchingfiresweeps.com.