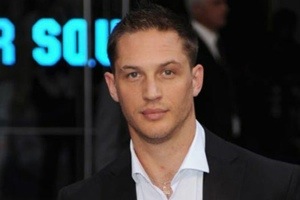 Tom Hardy (The Dark Knight Rises, Bronson) has been cast to play Elton John in Rocket Pictures’ (David Furnish’s production company) biopic Rocketman.
The film will tell Elton John’s story, from his childhood to his rise to fame.
Rocket man will be directed by Michael Gracey and is being scripted by Lee Hall.
It starts shooting next year, for a 2015 release.