Warner Bros. Pictures will once again have a major presence at this year’s Comic-Con International in San Diego, including appearances by fan-favorite stars and filmmakers from some of the Studio’s most anticipated films. Comic-Con attendees will also be treated to never-before-seen footage, including some that will be shown nowhere else. Talent from the films will also be on hand to answer questions, sign autographs, and more.
On Saturday, July 14th, in Hall H, beginning at 2:30 p.m., Warner Bros. Pictures will showcase a number of the releases upcoming from the Studio and its partners at Legendary Pictures, New Line Cinema and Metro-Goldwyn-Mayer. The special star-studded presentation also holds some surprises for the 6,500-plus fans in the convention’s largest presentation space.

The program highlights include a film that has already generated huge buzz: “The Hobbit: An Unexpected Journey”, directed by Peter Jackson, the Oscar®-winning filmmaker of the blockbuster “Lord of the Rings” trilogy. Jackson, who just wrapped production in New Zealand, is embarking on his own journey halfway around the world to greet fans, who are already counting down to the December 14th opening of “The Hobbit: An Unexpected Journey.” 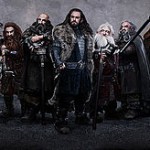 Joining Jackson on the stage will be Oscar®-winning screenwriter Philippa Boyens, along with several of the film’s stars, including Martin Freeman, who portrays the title character, Bilbo Baggins; Richard Armitage, who plays the fierce leader of the Dwarves, Thorin Oakenshield; the legendary Sir Ian McKellen, who returns as Gandalf; and fan favorite Andy Serkis, the extraordinary talent who is truly behind the character of Gollum. Attendees will also be invited to ask questions about the making of this epic adventure.

The presentation also includes the DC Comics superhero who, inarguably, started it all. Superman will be back on the big screen next summer in the much-anticipated action adventure “Man of Steel”. Filmmaker Zack Snyder, the director behind “300” and “Watchmen,” will be at Comic-Con and will take questions from the audience about the making of “Man of Steel,” which opens on June 14, 2013.

Guillermo del Toro, the acclaimed writer/director of such films as “Pan’s Labyrinth” and the “Hellboy” films, will also be on hand with a preview of his science fiction action adventure, “Pacific Rim”, opening on July 12, 2013. The film’s stars Charlie Hunnam, Rinko Kikuchi, Charlie Day and Ron Perlman will join the director on stage for the presentation, which includes never-before-seen footage cut together exclusively for Comic-Con. Fans will also have an opportunity to engage in a Q & A with del Toro and his cast.

On the main convention floor, the Studio has created a must-see, 3,600-plus square-foot booth that demands repeated visits to capture it all. Located at Space #4545, the Warner Bros. booth is the place to be for autograph signings, photo ops and more, with stars and creators from some of the Studio’s upcoming feature films, as well as hit TV shows, interactive titles, award-winning animated properties and new Blu-ray™ & DVD releases.

The booth will showcase static displays of the “Man of Steel” Superman costume, and Batman’s amazing two-wheeled Bat-Pod, which was introduced in the 2008 record-breaking blockbuster “The Dark Knight” and is featured again in this Summer’s most anticipated film, “The Dark Knight Rises”.

The multi-leveled Warner Bros. booth also features a dedicated area for “The Hobbit: An Unexpected Journey”, featuring column and wall mountings of lenticular imagery from the film, as well as a scroll depicting the story. Images from that film, as well as other upcoming Warner Bros. projects, including “The Dark Knight Rises,” will be displayed on virtually every surface of the booth, drawing the eye from floor to ceiling.

While the Warner Bros. booth will have something to see at every minute of every day of the convention, on Saturday, July 14th, it will be the place to be to meet and greet some of the stars and filmmakers from several of the Studio’s upcoming features. Some of the autograph signing opportunities include “The Hobbit: An Unexpected Journey” stars Martin Freeman, Richard Armitage and Andy Serkis, from 11:15 a.m. to 12 noon; from “Pacific Rim,” stars Charlie Hunnam, Rinko Kikuchi, Charlie Day and Ron Perlman, and director Guillermo del Toro, from 3:55 to 4:55 p.m.; and “Man of Steel” director Zack Snyder from 5:00 to 5:30 p.m. (Please note that times are approximate. Check your schedule and other announcements for updates.)

About “The Hobbit: An Unexpected Journey” – Opening on December 14, 2012:
From Academy Award®-winning filmmaker Peter Jackson comes The Hobbit: An Unexpected Journey, a production of New Line Cinema and Metro-Goldwyn-Mayer (MGM). The film follows title character Bilbo Baggins, who is swept into an epic quest to reclaim the lost Dwarf Kingdom of Erebor, which was long ago conquered by the dragon Smaug. Approached out of the blue by the wizard Gandalf the Grey, Bilbo finds himself joining a company of thirteen dwarves led by the legendary warrior Thorin Oakenshield. Their journey will take them into the Wild; through treacherous lands swarming with Goblins and Orcs, deadly Wargs and Giant Spiders, Shapeshifters and Sorcerers. Although their goal lies to the East and the wastelands of the Lonely Mountain, first they must escape the goblin tunnels, where Bilbo meets the creature that will change his life forever…Gollum. Here, alone with Gollum, on the shores of an underground lake, the unassuming Bilbo Baggins not only discovers depths of guile and courage that surprise even him, he also gains possession of Gollum’s “precious” ring that holds unexpected and useful qualities… A simple, gold ring that is tied to the fate of all Middle-earth in ways Bilbo cannot begin to know. The screenplay for “The Hobbit: An Unexpected Journey” is by Fran Walsh & Philippa Boyens & Peter Jackson & Guillermo del Toro, based on The Hobbit, by J.R.R. Tolkien. Jackson is also producing the film, together with Carolynne Cunningham, Zane Weiner and Fran Walsh. The executive producers are Alan Horn, Toby Emmerich, Ken Kamins and Carolyn Blackwood.

About “Man of Steel” – Opening on June 14, 2013:
Next summer, “Man of Steel” is coming to the big screen, presented by Warner Bros. Pictures, in association with Legendary Pictures. Directed by Zack Snyder, the film is produced by Charles Roven, Christopher Nolan, Emma Thomas and Deborah Snyder, with Thomas Tull, Lloyd Phillips and Jon Peters serving as executive 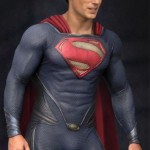 About “Pacific Rim” – Opening on July 12, 2013:
From acclaimed filmmaker Guillermo del Toro comes Warner Bros. Pictures’ and Legendary Pictures’ sci-fi action adventure “Pacific Rim.” When legions of monstrous creatures, known as Kaiju, started rising from the sea, a war began that would take millions of lives and consume humanity’s resources for years on end. To combat the giant Kaiju, a special type of weapon was devised: massive robots, called Jaegers, which are controlled simultaneously by two pilots whose minds are locked in a neural bridge. But even the Jaegers are proving nearly defenseless in the face of the relentless Kaiju. On the verge of defeat, the forces defending mankind have no choice but to turn to two unlikely heroes—a washed up former pilot and an untested trainee who are teamed to drive a legendary but seemingly obsolete Jaeger from the past. Together, they stand as mankind’s last hope against the mounting apocalypse. “Pacific Rim” stars Charlie Hunnam, Rinko Kikuchi, Idris Elba, Ron Perlman, and Charlie Day. “Pacific Rim” was written by Travis Beacham. Thomas Tull, Jon Jashni and Mary Parent are producing, with Callum Greene serving as executive producer.