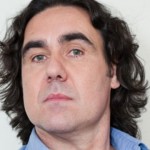 Micky Flanagan – one of British comedy’s biggest stars – will travel the length and breadth of the UK & Ireland for what will be the most anticipated comedy tour of 2013, taking in 57 shows on the way.
Starting next February and finishing up at London HMV Hammersmith Apollo on Friday 24th & Saturday 25th May 2013, the ‘Back In The Game’ tour follows on from the huge critical and commercial success of last year’s ‘Out Out’ tour where over 200,000 tickets were sold and all 150 dates a sell out.
The DVD – ‘Micky Flanagan Live: The Out Out Tour’ — has been the number 1 selling stand up DVD in 2012 with his show stealing performances on the small screen earning him a prestigious British Comedy Award nomination and The Sun’s Comedian Of The Year Award.
Micky has appeared on The Royal Variety Performance, Mock The Week, Have I Got News For You, 8 Out of 10 Cats – amongst others – and next year will cement his reputation as one of the superstars of British Stand Up.

The ‘Back In The Game’ tour dates are;