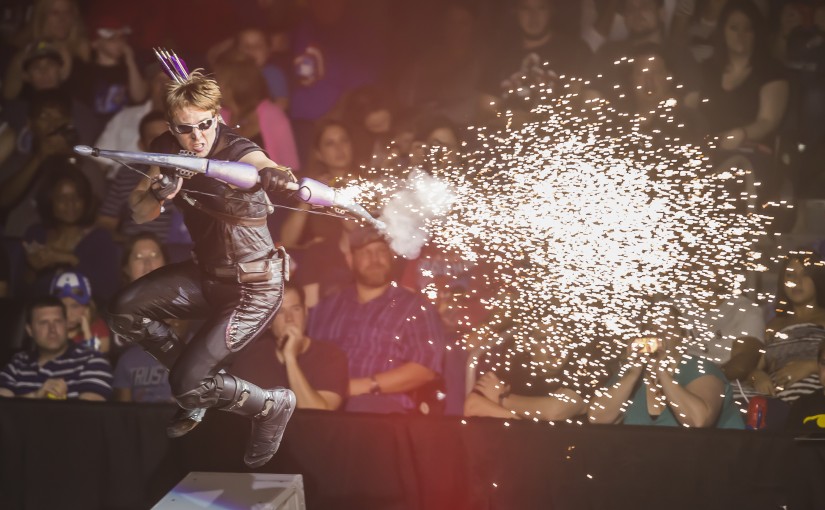 Marvel superfans, unite! For the first time ever, the iconic Marvel Super Heroes and villains will be brought to life in a spectacular live action family arena show, when Marvel Universe LIVE! Super Heroes Assemble touches down in the UK this September.

This show is taking the live entertainment experience to a whole new level, with an epic show unlike anything seen before. Bringing together the largest assembly of Marvel characters in a live production, audiences will be able to watch some of their favourite Marvel Super Heroes step out of the silver screen and onto the stage – bringing the action to life right before their eyes.

Everyone will be able to cheer for their favourite Marvel Super Heroes, including Spider-Man, Iron Man, Hulk, Thor, Black Widow and more, as they battle Loki and Marvel’s most sinister villains in a live, action-packed arena performance for the whole family. It’s being hailed as the most technically advanced live show ever, with cutting-edge special effects, pyrotechnics, aerial stunts, martial arts, motorcycles and more.

“We are delighted to bring Marvel Universe LIVE! to the UK, giving families an opportunity to enjoy this spectacular live show for the very first time. The audience will feel like they’ve been transported into a jaw-dropping Marvel blockbuster film, with an engrossing storyline and non-stop stunts”.

“To see all the elements of this spectacular live show come together has been truly incredible. The technology utilised in the show is not only going to blow your mind, it is going to take you to a whole new Marvel world like nothing British families have ever seen before.”

Join Marvel families for this monumental performance. The fate of the universe depends on it!