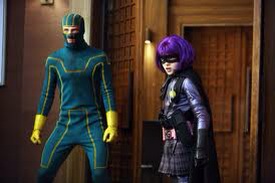 With the third and possibly final instalment of the Kick-Ass trilogy now out in comic book shops, fans have been wondering if there will ever be another sequel in the film universe.
Chloe Moretz (Hit-Girl) has been doing the press rounds for her latest movie, if I stay.
In one interview she was asked about the possibility of a Kick-Ass 3.
She said:
“Sadly, I think I’m done with the character. Hit-Girl was a very cool character, but I don’t think there will be any more movies. You make these movies for the fanboys, but nowadays everyone seems to pirate them rather than watch them in the movie theatre. Kick-Ass 2 was one of the number one pirated movies of the year, but that doesn’t help us because we need box office figures. We need to prove to the distributors that we can make money from a third and a fourth movie – but because it didn’t do so well, we can’t make another one.”