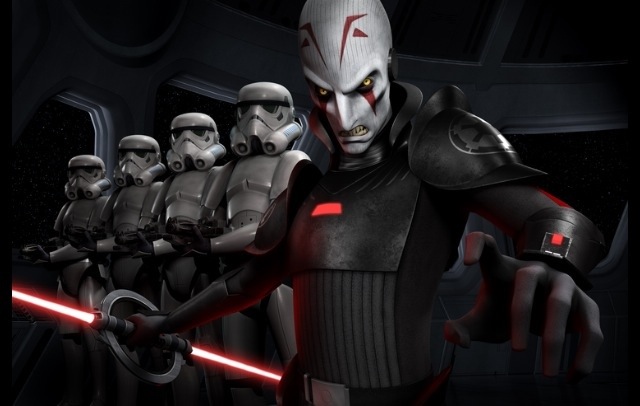 Jason Isaacs has been cast in the highly anticipated series Star Wars:Rebels
He will voice The Inquisitor in the animated series.
The Inquisitor is a member of the Pau’an race. He is a Jedi hunter who has been tasked with tracking down and kill any surviving Jedi.

“He’s cold, he’s analytical, he doesn’t get angry. We all took care to make sure our villains have real presence and our heroes just can’t walk all over him. This isn’t like cartoons I grew up with in the 80s where you’d have the villain lose every week and yet every week we’d have to believe he’s some sort of threat. When The Inquisitor shows up, it means something significant and it’s a definite challenge for our heroes.”

Star Wars:Rebels will bridge the gap between between the prequel films and the original trilogy.
It premieres in the Autumn with a one-hour special.
It’s also rumoured that characters in Rebels will appear in Episode VII.