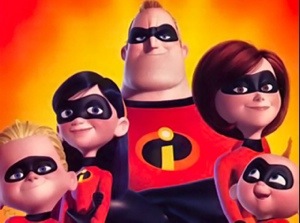 It’s certainly been an exciting day for film fans. First, we found out a little bit about episode VII. Then, we found out we’re getting a sequel to one of my top 5 Pixar movies. Yep, we’re getting an incredibles 2.
It’s hard to believe that The Incredibles is now 9-years old.
The films director Brad Bird has been very vocal in his interest in directing a sequel, but it is currently unknown if he will be at the Helm for The Incredibles 2.
Pixar also announced that they’re working on Cars 3, they tweeted “we’re currently working on new films featuring your favorite characters from The Incredibles and Cars”.

How do you feel about this news? Let us know below.